Its been a little while since I had to pull off the unique mental gymnastics required of learning a new piece of software, a new tool. I mean, I've picked some things up gradually and at a natural pace at work- but consciously setting aside time to intellectually binge on tutorials and manuals is something no longer familiar.

I'd been wanting to learn zBrush for a little while, mostly because of the kind of work Id seen people produce with it, its more modern workflow, and the tools that are specifically unique to zBrush that make it a thoroughly different thing to packages I'd used before, which is only Mudbox in this case.

I started by watching the videos on the Pixologic website which outline each of the tools in a very broad way, to allow you to get an idea of what each is to be used for. Noodling with each tool I slowly, slowly got my head around what in many ways is an impressively ill conceived user interface. There's some particularly confusing 2.5D tools that are a legacy from its roots as an illustration program, and a camera system that I wish was just the same as Maya, as it can cause weird muscle memory schizophrenia when switching between the two programs. Also why call a sculpt a tool, and a layer a subtool?

However, just sculpting a blob, using brushes and alphas, smoothing the blob, sculpting a little more, and then creating some masking or soloing part of the mesh to continue sculpting feels Really Great.  The viewport always does a great job of staying performant, dynamically soloing, unsubdividing, and resubdividing meshes to keep things responsive. A lot of the features can encourage really messy workflow but that can ok, great for concepting stuff and then trashing it. But it can also lead you to a place where you think you have a final sculpt, only to find its messed up in some way from 200 levels of undo ago.

Once I'd created a good number of abominations that needn't see the light of day I decided to try and take something to a more finished place, to gauge how much of the process I had internalised, and see what kind of quality I could get out of it at this early stage. There were first many muscley insectoids, including a particularly impressive ant-dragonfly-thing, something that certain tools often allow your sculpt to devolve into.

Using the zspheres to create an initial form, and dynamesh to join and extend parts of the geometry I created the creature that I have inventively dubbed Cauldron Eye. 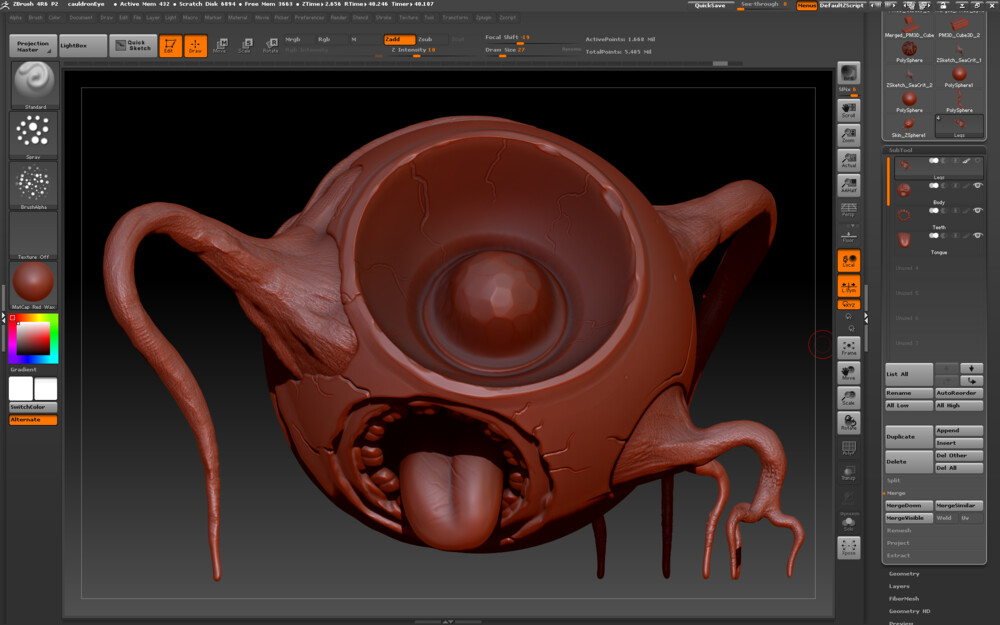 I was extremely pleased with the stage I got this thing to, I'd even got as far as the painful process of retoplogising it when our new install of zBrush overwrote all the files. Anyway, the amount of time it took to go from basic outline to the part that actually enjoy where I'm adding the details, obsessing over cracked iron and bark texture. Adding every dent and scratch is a joy. Also using great tools like the insert mesh brush to draw a ring of pre sculpted teeth (that I made also within zBrush) around his mouth, and then bringing the gums up to fit them. The cavities in the cauldrons body were mostly made by inserting spheres on the meshes surface and then using them to subtract their volume with dynamesh from the cauldron, leaving spherical holes to fill with eyes and tongues and branches sprouting out. 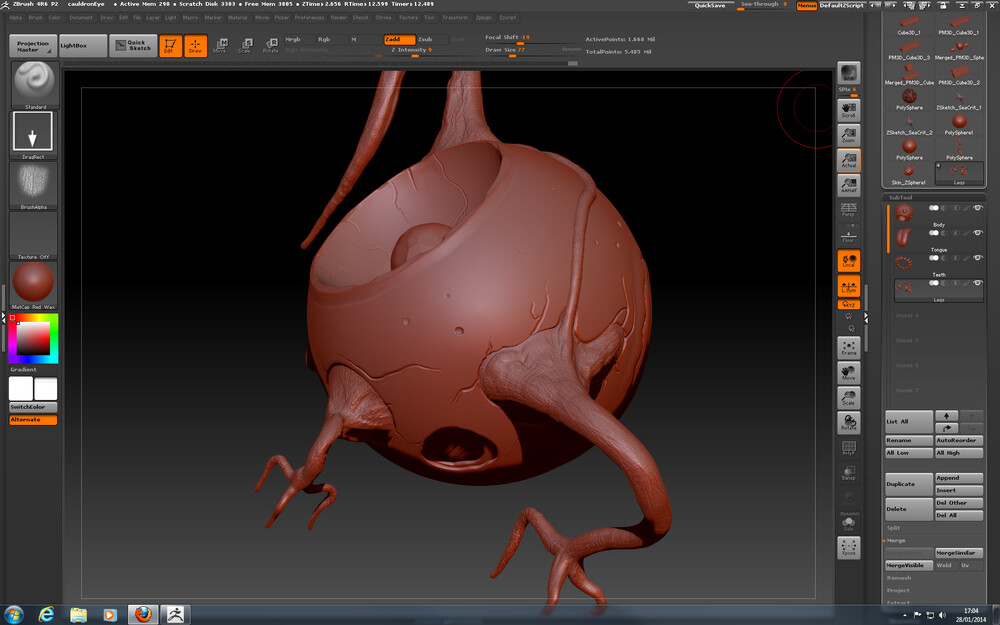 Since then I've been working on a character sculpt from scratch. Its been the closest experience I've had to the kind of drawing I did as a child in absolutely years, creating a shape from nothing and then iterating on it until it evolves into a character or object.

The Astronaught, she approaches... 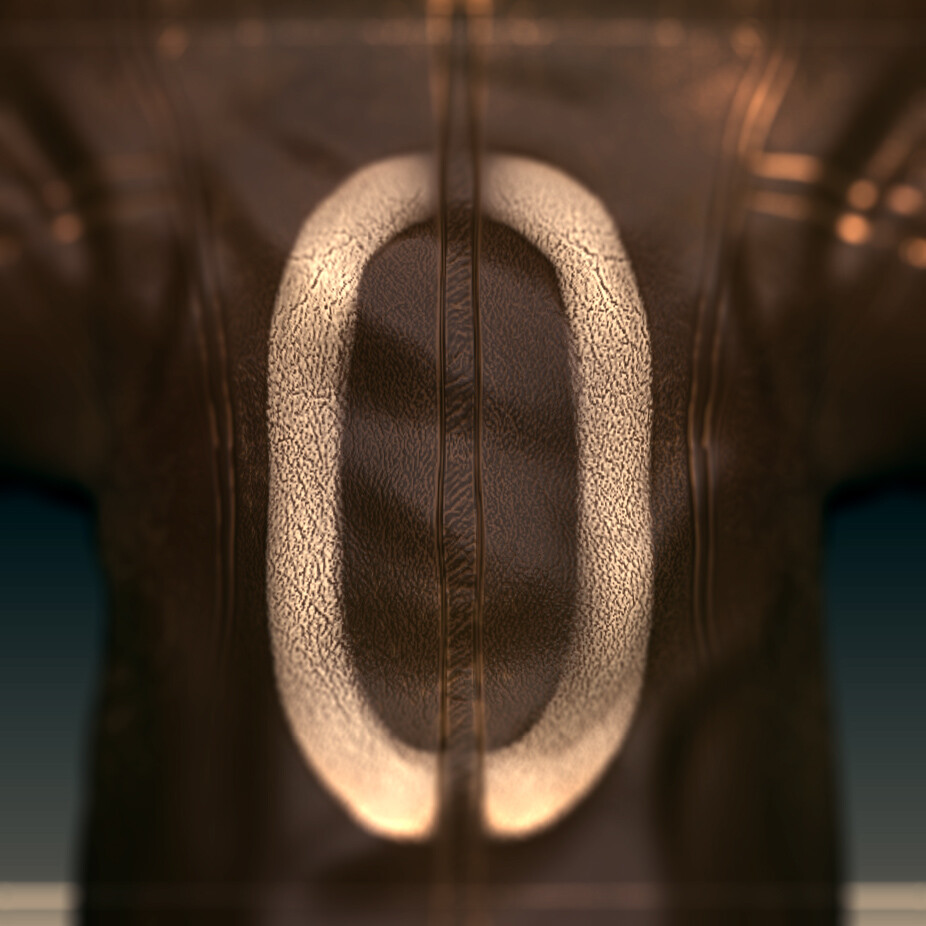