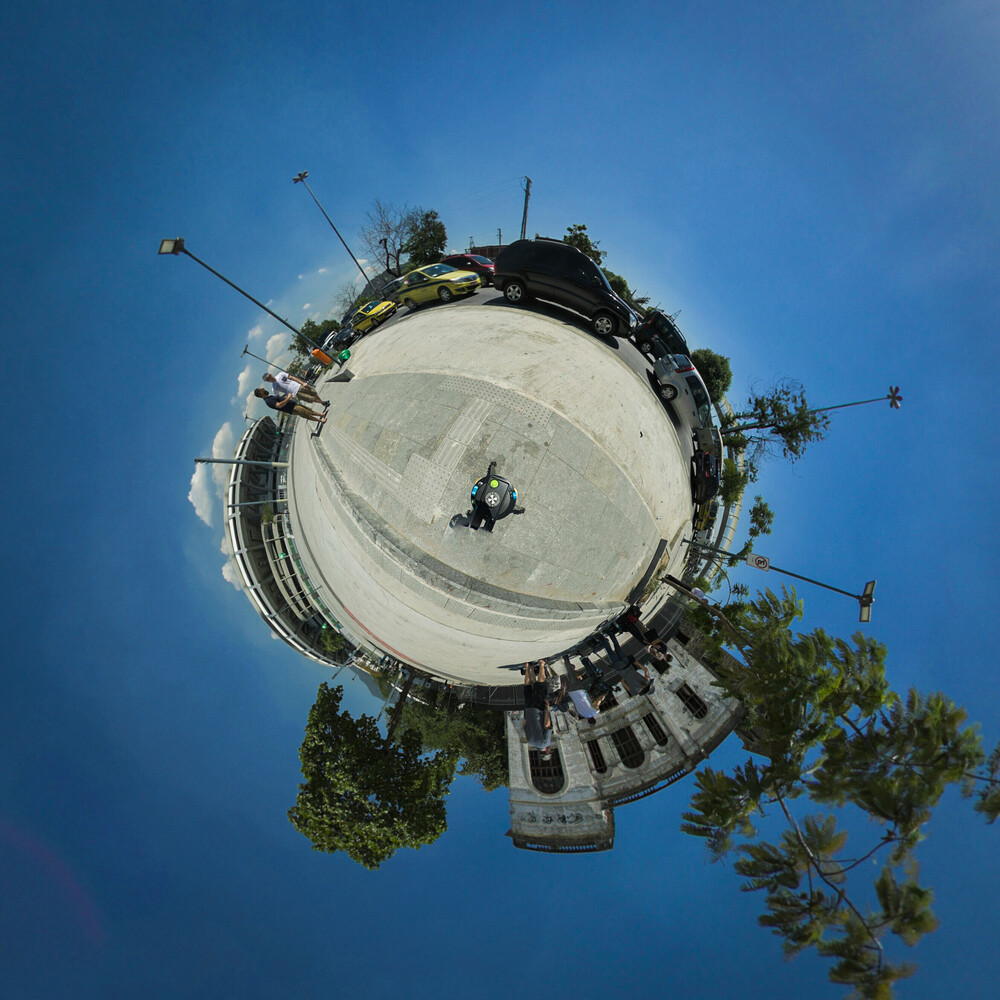 The day begins outside the Maracana stadium, the grown ups have a scheduling discussion, the heat of the debate matches that of the concrete ground. I take shelter in the shadow of a tree. Its meltingly hot, liberal amounts of sun cream are applied and bottled water gets passed around, its in these little plastic cups with foil lids. I shoot my HDRs, managing to the find a gap in the traffic moving to capture them all static. We're lucky enough to be escorted inside the stadium, but only far enough to use the toilets, then straight back out past the army of cleaning staff. Before moving on we get some shots of a group of students jumping in the air excitedly, all painted up with bright colours, a donation is made to their cup- turns out its just a beer fund.

A road slaloms down a hillside in the distance on concrete stilts, we spend a short while trying to get a drive by shot of it. It looks like a vehicular version of a water park slide. 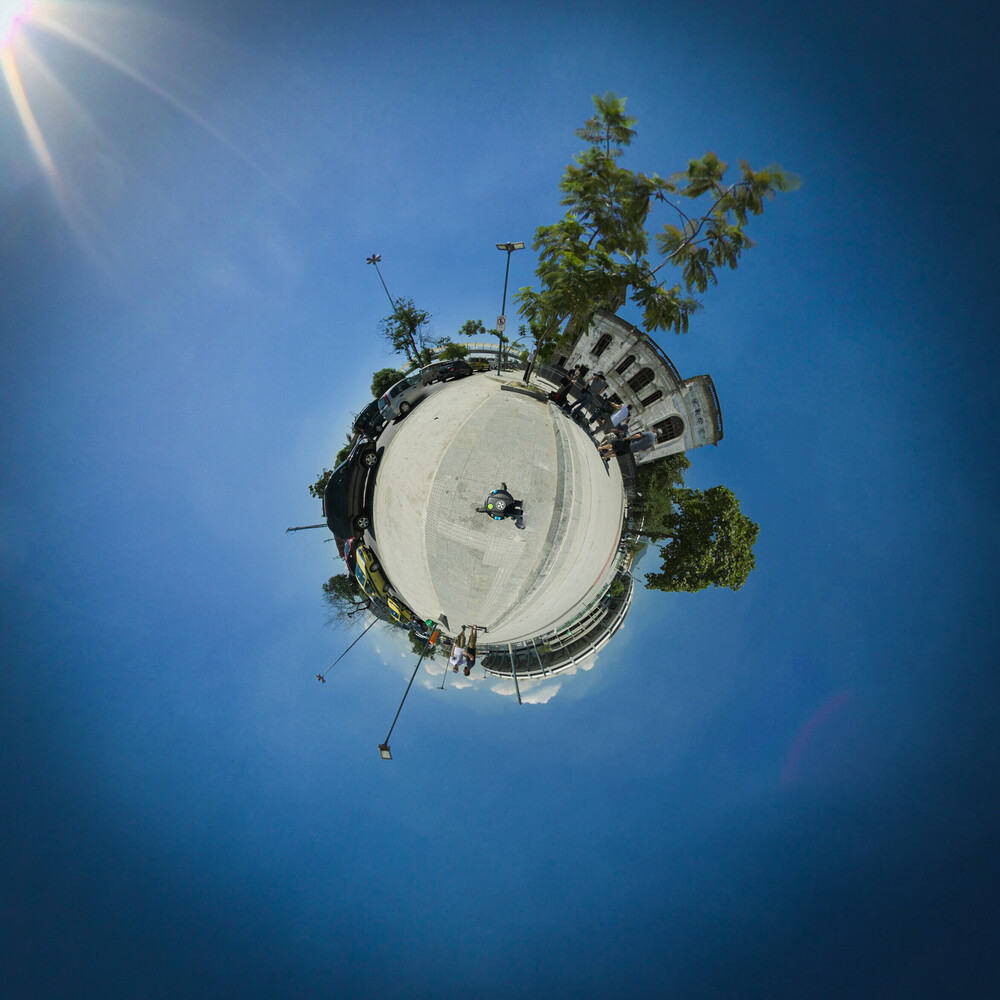 I'm waiting in the van while the crew shoot some stuff on the red mosaicked stairs of the Escadaria Selarón, a stair case of hundreds of wide stairs decorated by Jorge Selarón starting in the 1990's until the day of his death early last year. Its tiles are worn smooth under countless tourist's feet. I've been told its safest to wait until I need to dive in and HDR, so I'm watching from the open van door, parked opposite the staircase's neighbouring "Hotel Loves House" as it calls itself.

Its really tough when not only the crew but a dozen tourists are also milling around my little tripod, you are guaranteed to get someone striding through the multiple exposures messing up the final image. At least the lady under the umbrella selling the fridge magnets sat still. More water, hand sanitiser, and sun cream before moving on to the next location. 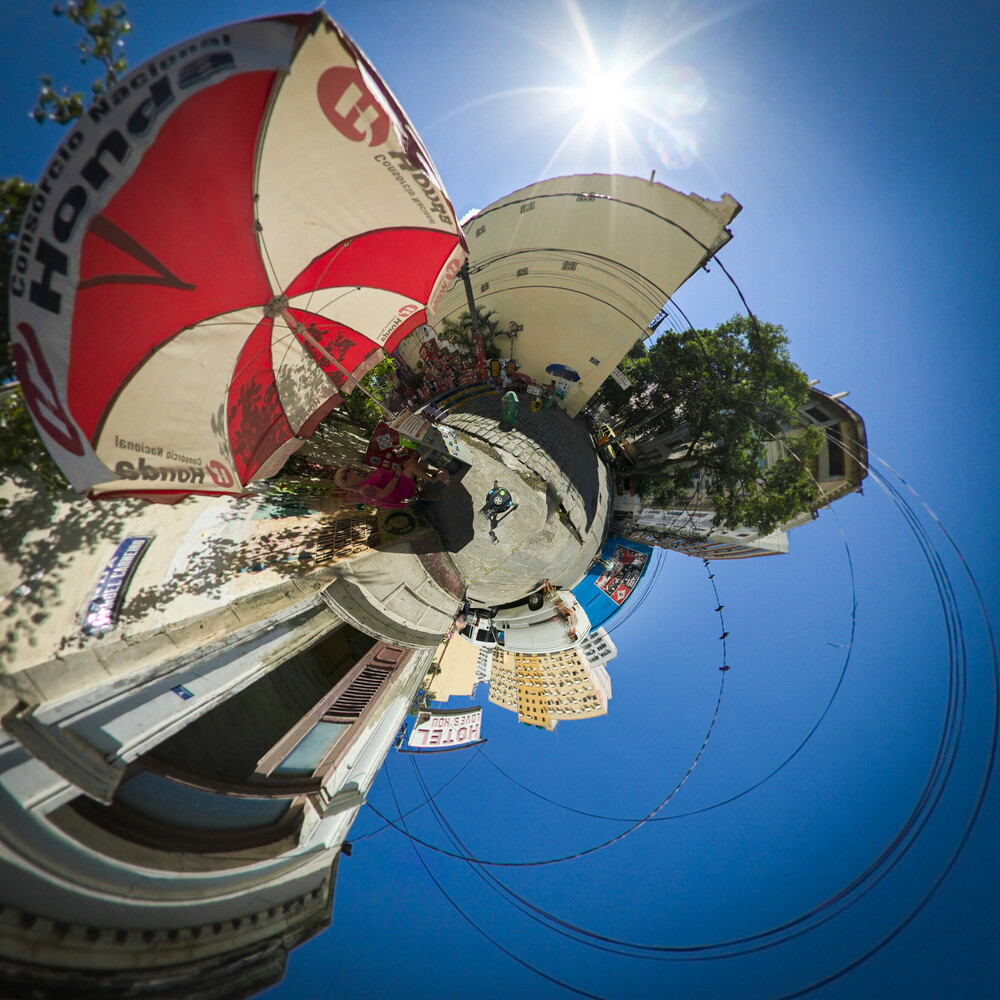 The rest of the that day and some of the next was spent in the same 200 metres of cobbled street where we shot bar scenes, carnival scenes, and cafe scenes populated with local extras plus film crew, I managed to fill a corner of the frame in one of the bar scenes. People ask what Brazil is like and its hard to know when you're so busy assembling all the iconic and stereotypical stuff in front of a camera, because its commercials. Authenticity takes a back seat to ease of recognition. 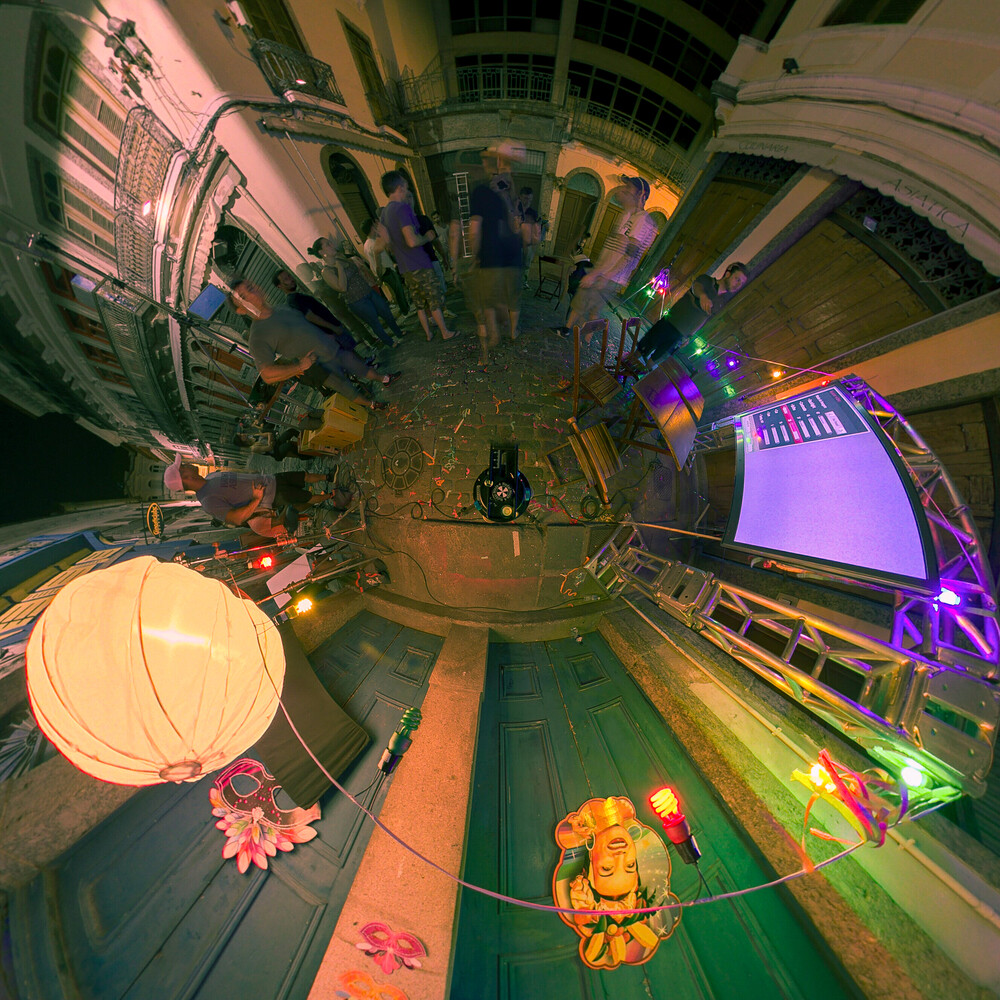 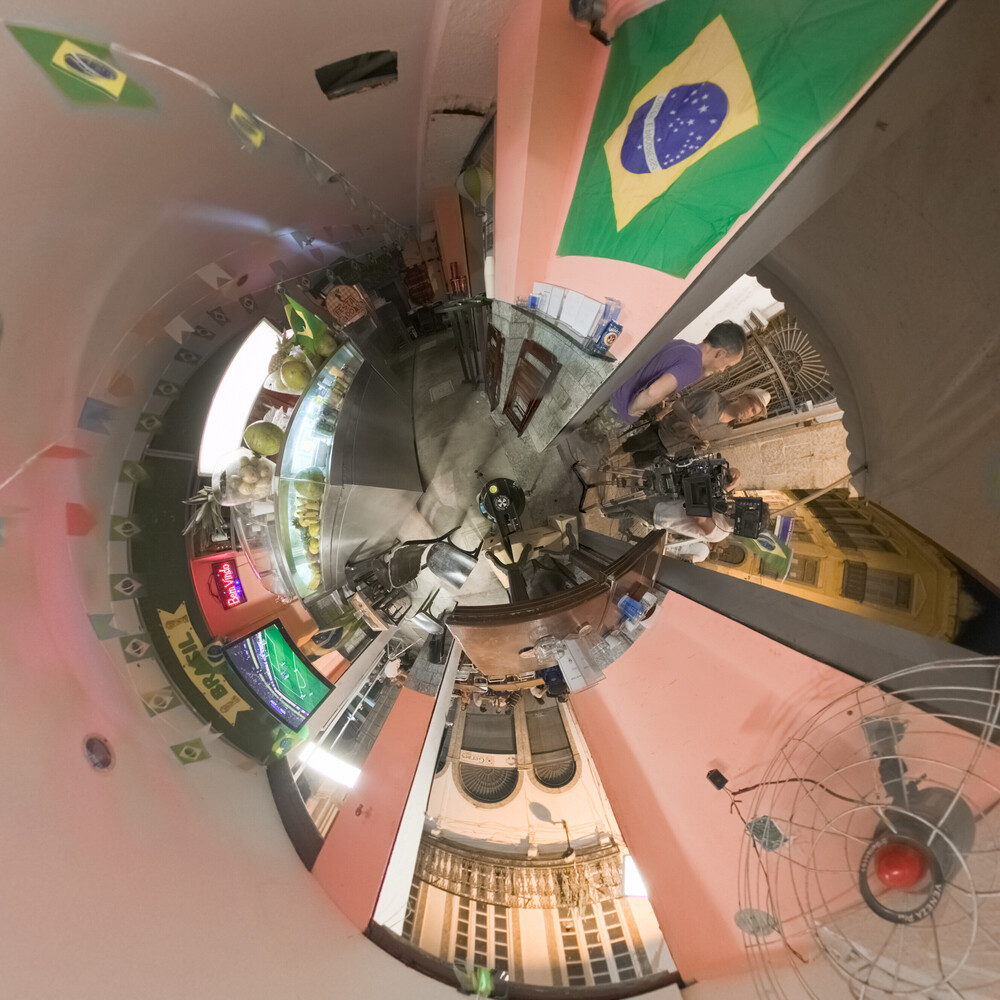 Weird things have happened to my perception of time, the stunning contrast of doing almost nothing for 11 hours on a flight cut against continuous activity for 15 hours makes the latter occupy the space of a busy weekend in your memory while the former a 10 minute day dream. The two densities of activity throw it all out. We arrive back at the hotel for 2 am and some of us bond over a beer before turning in- everyone is broken, but in a good way. We got so much done. 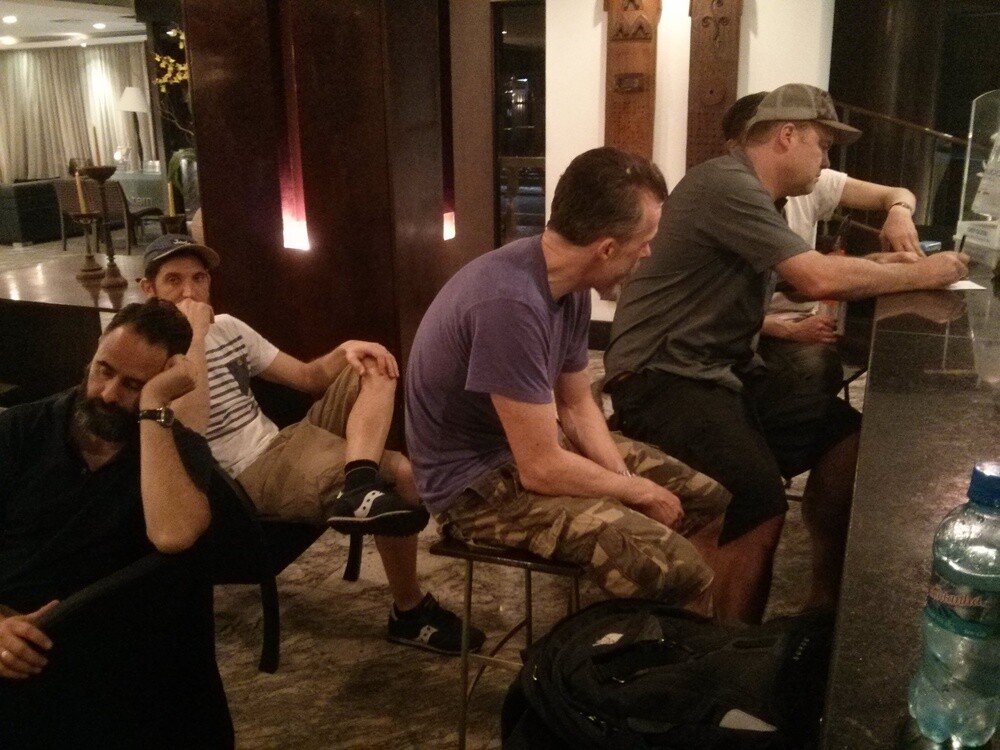 I copy the images from the camera to the laptop and leave them running while I skype Jenny, we finally got the internet connected, its 5:30am in England, poor Jenny.