3 hours of time difference between Brazil and the UK doesn't seem to be contributing to the morning grogginess nearly as much as the long shoot yesterday.

I start the day by burning a triangle of skin above my collar from standing in the sun too long, we're gradually making our way toward the summit and Christ the Redeemer, stopping to shoot various things along the way as the views get loftier and loftier. 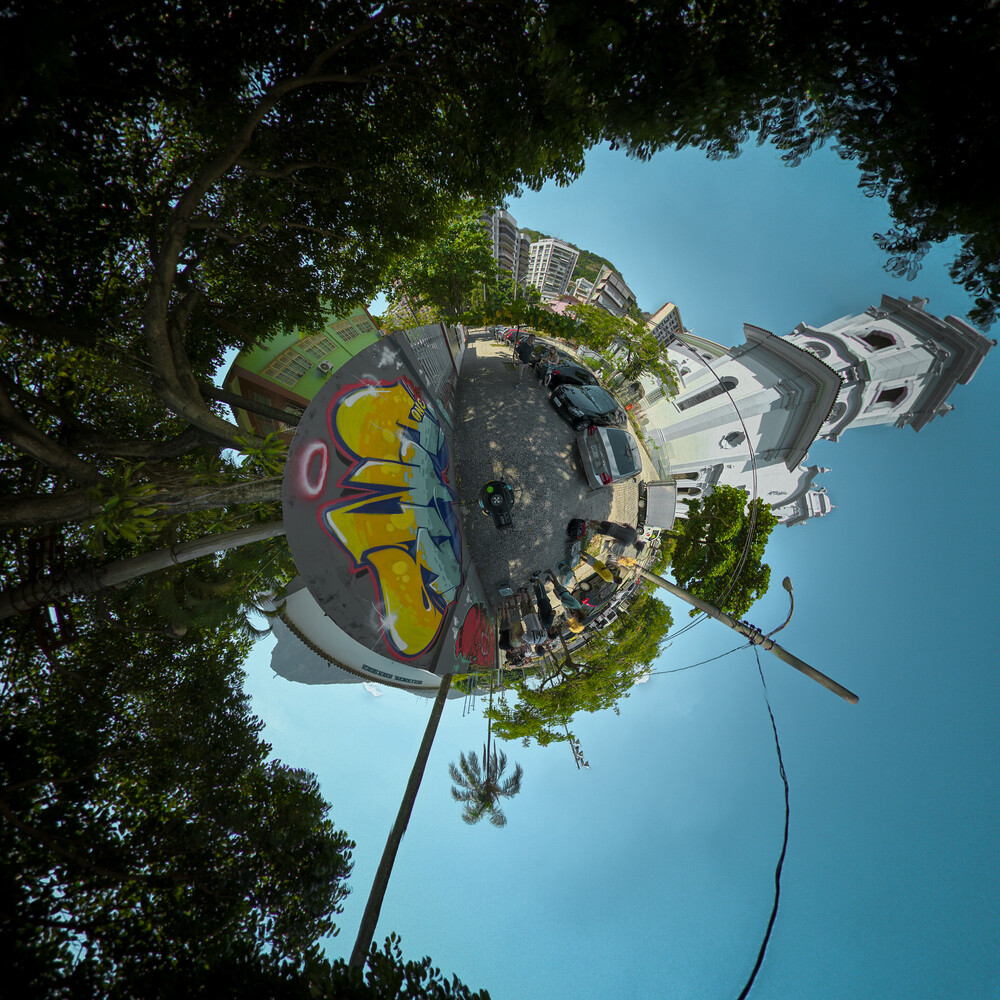 I feel I'm starting to become familiar enough with the personalities of the crew that I start recognising other people I know in them, old friends, fictional characters. One director is the joker from secondary school, another the quiet and approachable companion from college. Another even bears a striking resemblance to a quartermaster from a series of books I read as a kid, running a tight ship with charm and menace. Though he didn't seem to have the same double crossing villainy, fortunately. 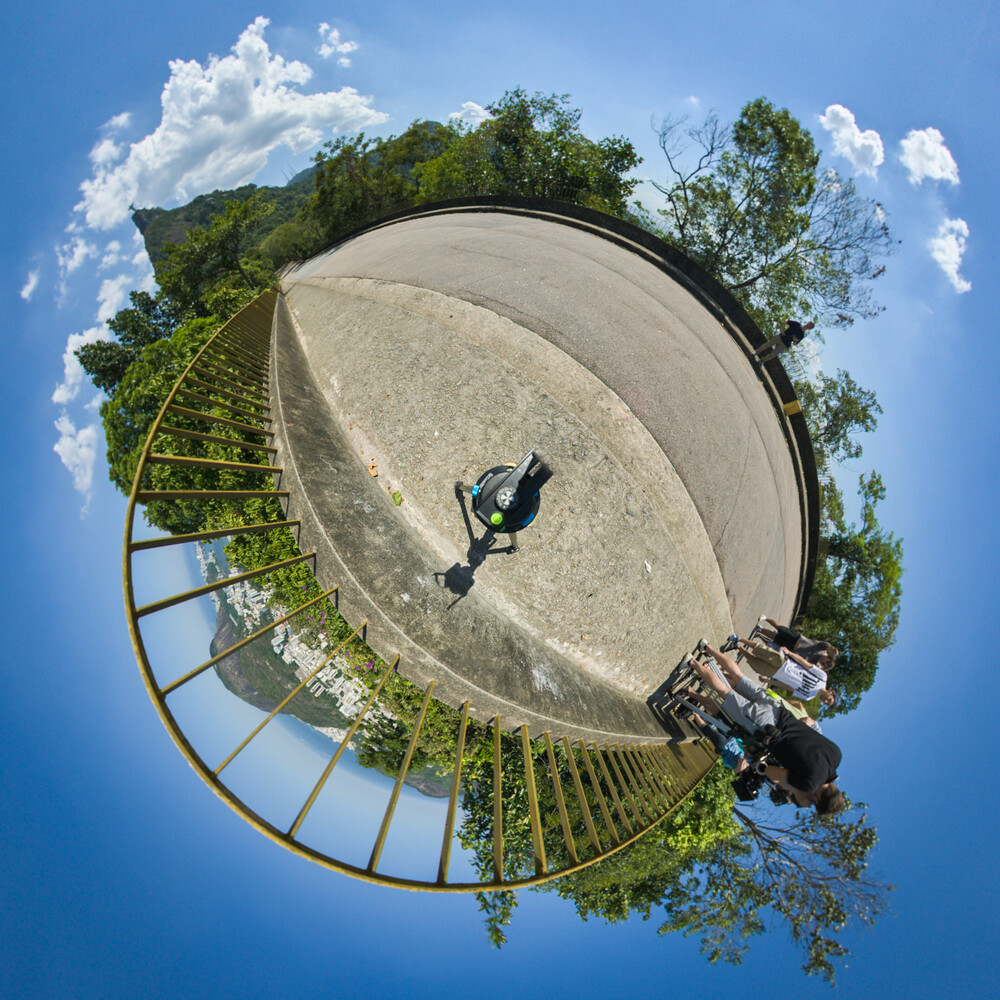 The ascent to Christ the Redeemer

Then we roll all the way back down the mountain to the copacabana beach to shoot for the rest of the evening, I promptly have my shoes filled with wet sand by a wave, the camera equipment is fine though. Some of my favourite HDRs are shot here with the sand catching the light and enormous cloudscapes filling the top of frame, people are scampering around what with the waves and fading light so there is some funny image stitching in places but they look great on the whole. 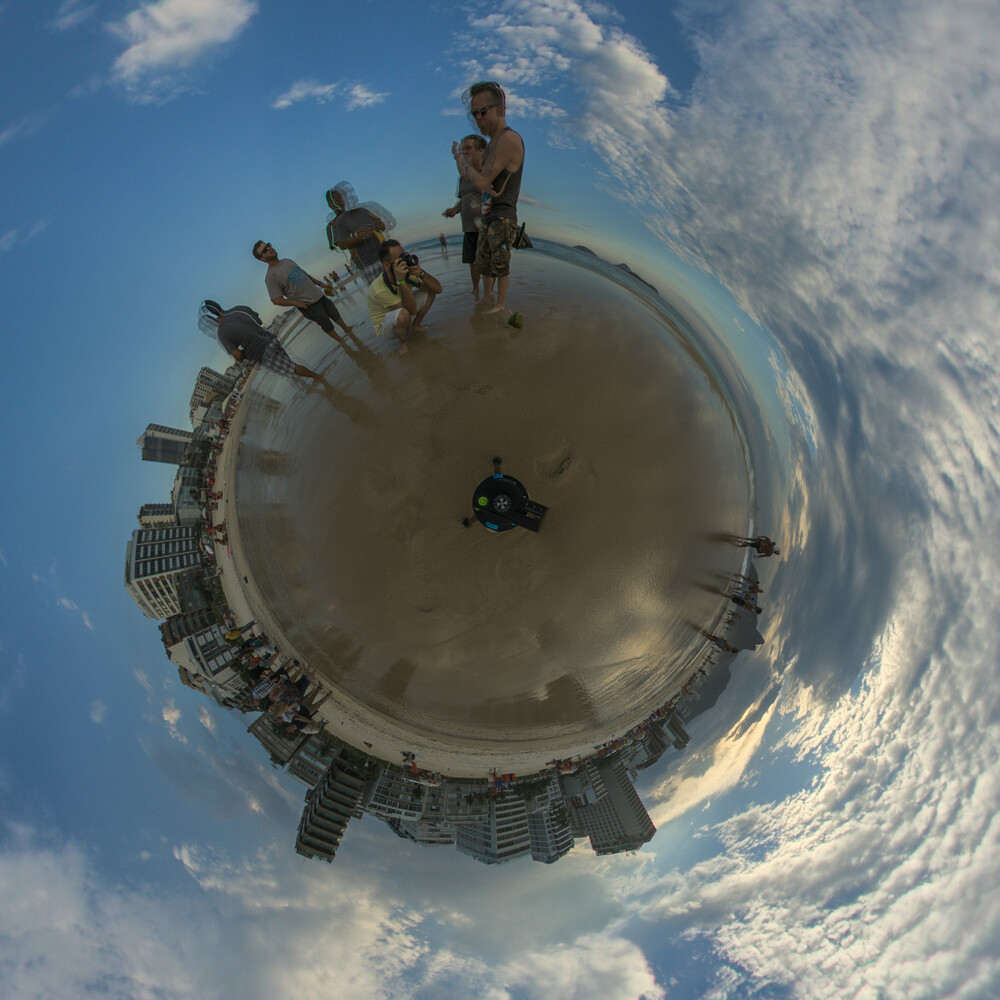 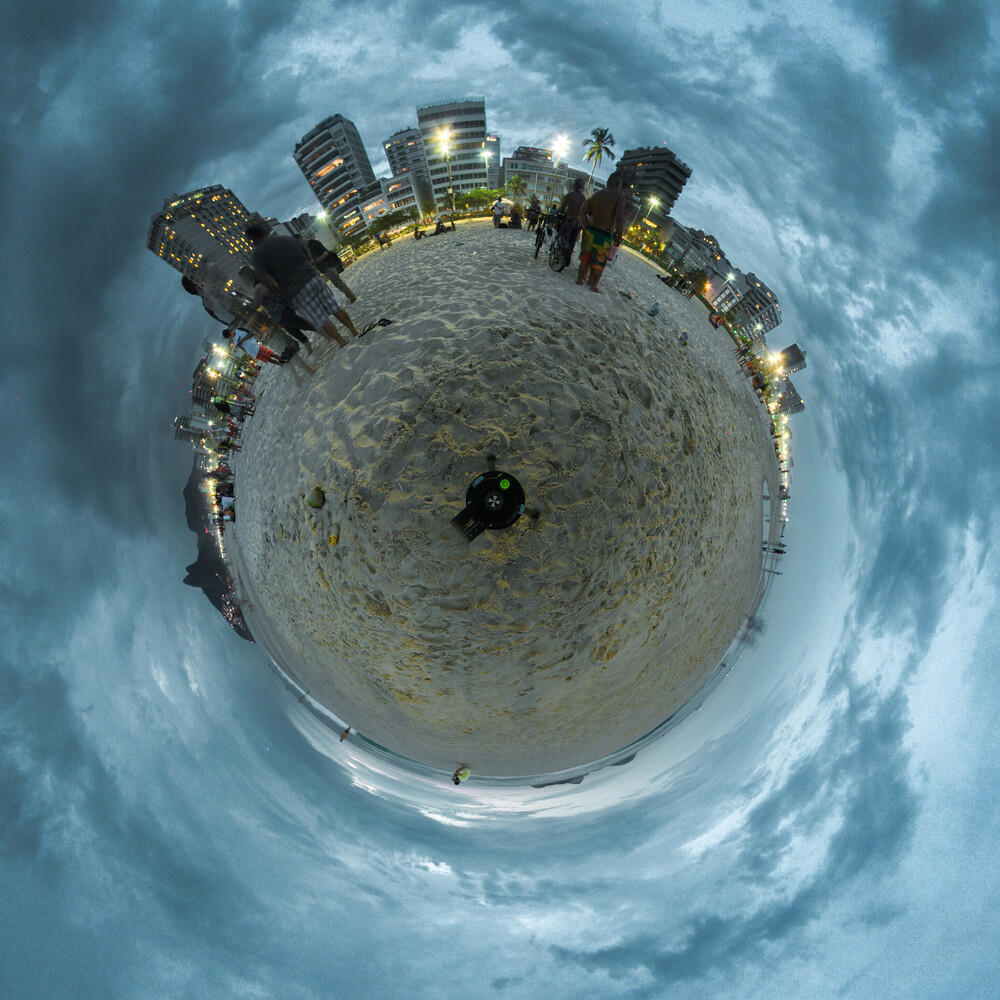 The sun disappears behind the cloud shrouded mountain and the sky darkens, revealing city lights flickering in the heat haze. Forks of lightning follow, connecting sky and sea. A google later revealing that lightning does in fact strike the ocean sometimes killing whole shoals of fish. 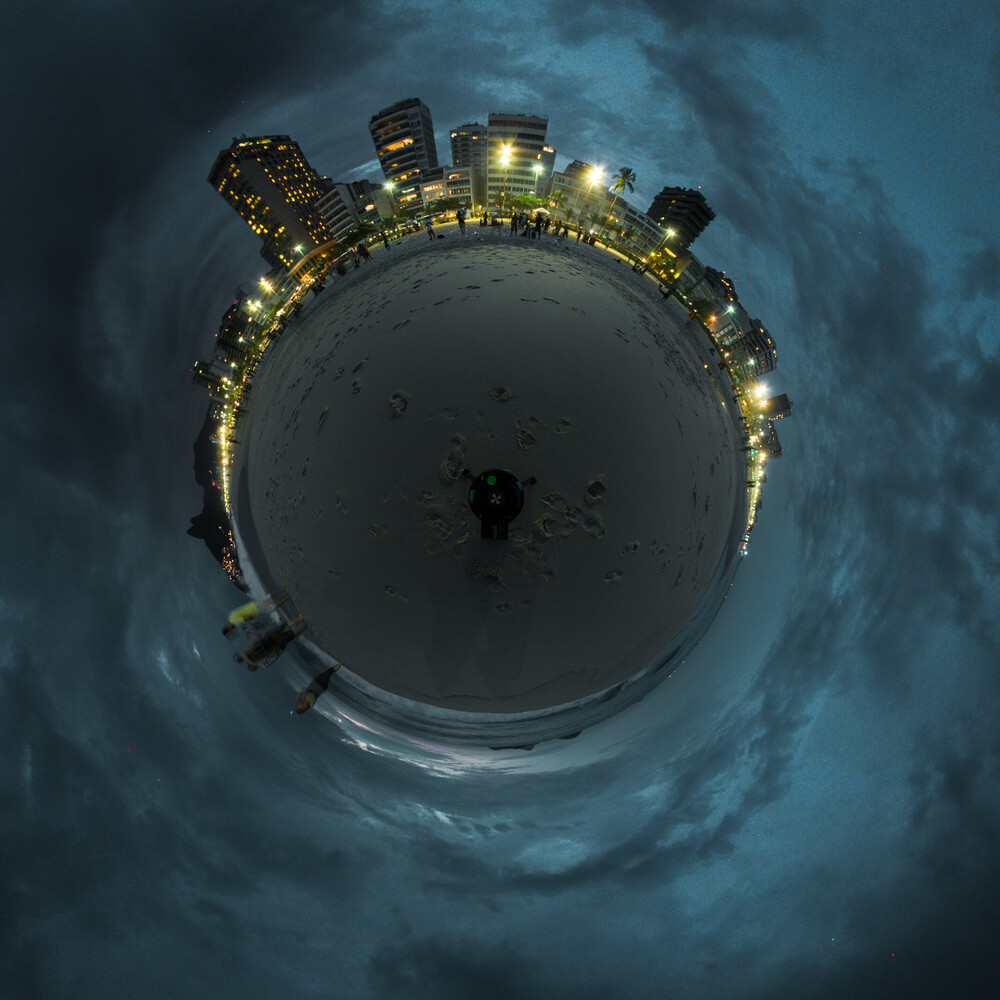 The heavy weather foreshadows a dramatic downpour and we wrap for the day after grabbing a last shot at a nearby beach cafe. We eat in the most amazing fish restaurant, traipsing past laden fish counters and lobster tanks still wearing out damp and sandy clothes, I usually make a point of not feeling guilty for under dressing but can't help feeling bad as we pass countless tables of smart looking pescatarian patrons. The night ends with one caipirinha too many. 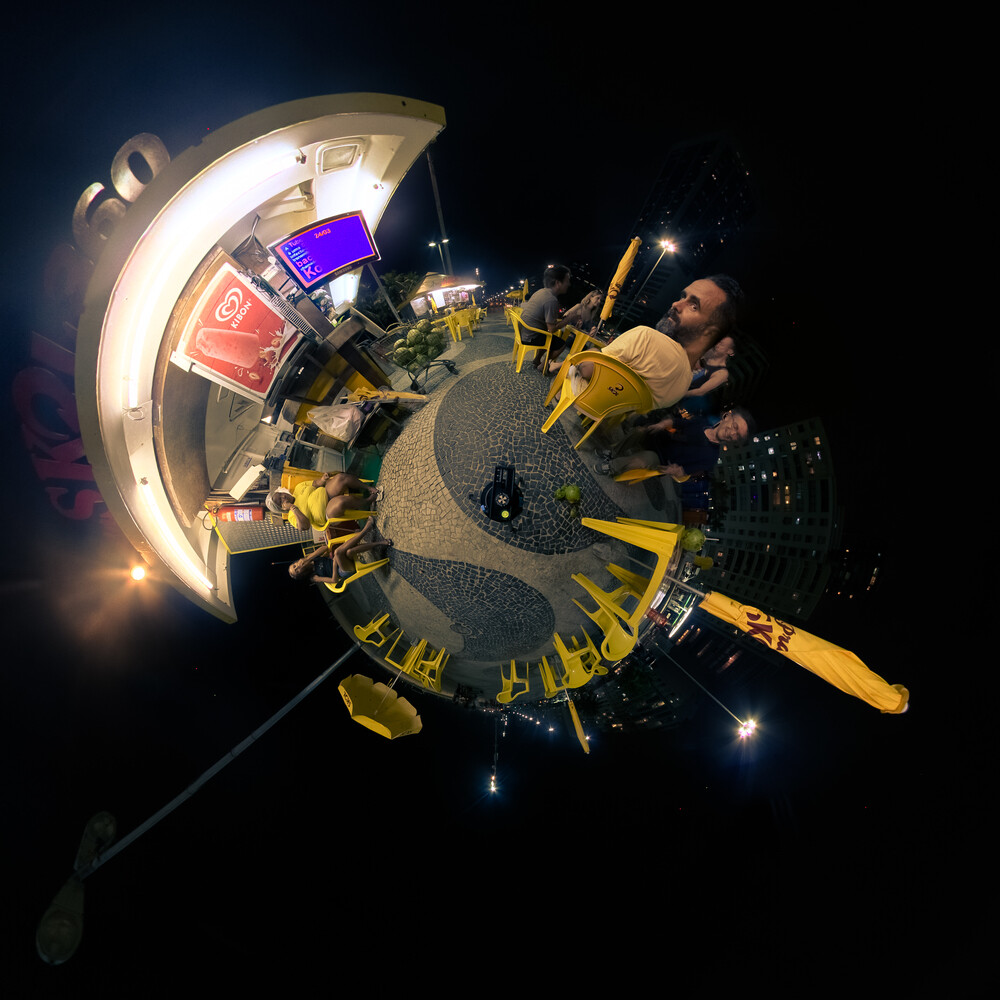