Despite arriving downstairs in the hotel at the time told to me by the creative director I am greeted with jabs at my tardiness, never trust a director with scheduling questions, apparently I was supposed to be down there earlier. Though I clearly haven't missed anything so no harm done, today we shoot a sequence involving a taxi which requires rigs for the enormous camera and more camera shake than we would have liked. Movement means stablising the footage or tracking the camera's movement in post, so I cover wiper blades and windscreens with tracking markers whenever I can.

I capture an HDR panorama on the street corner and shoot some photos of the canopy of leaves above us, in case we need to recreate the light shining through the gaps as they move over the driving car and our CG passengers. 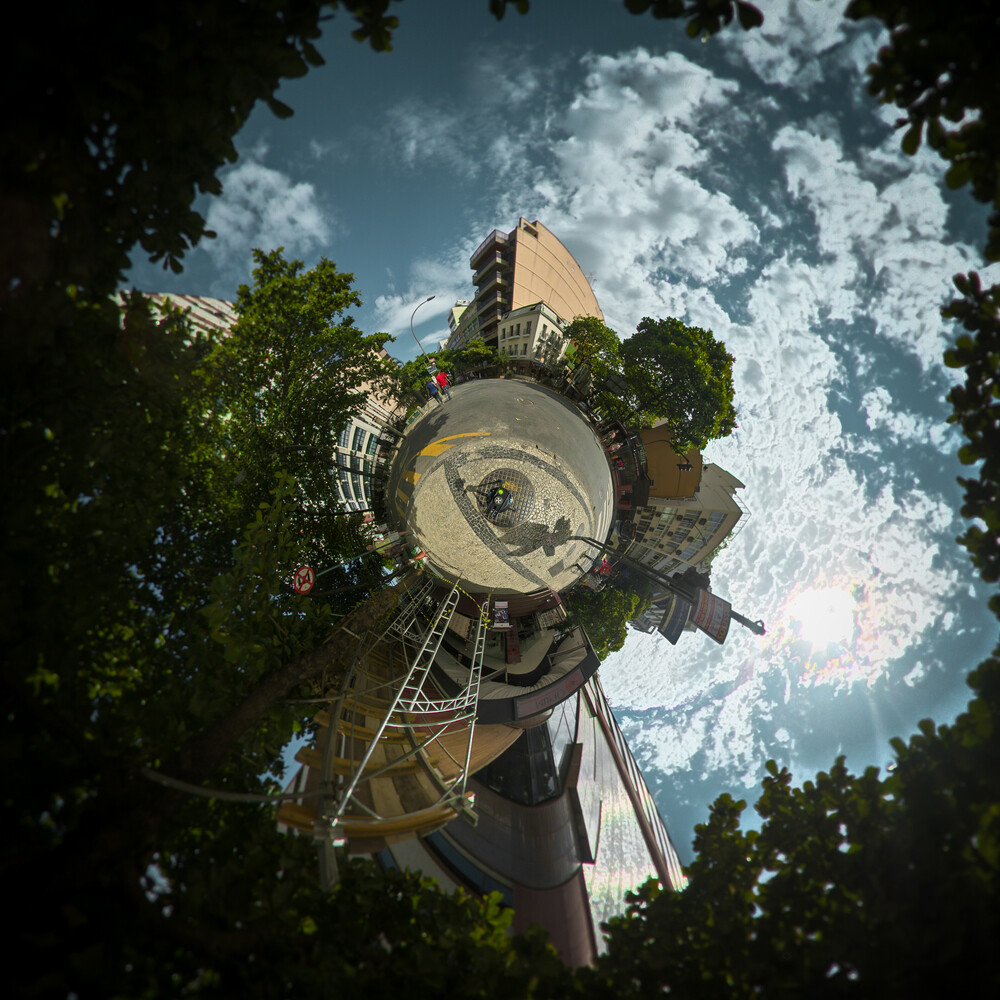 Street corner outside our hotel

Today the main event is the favela, we are going to the favela. A favela, one of the hundreds in Rio, some safer than others. We have apparently scouted one with a police station nearby, a bar with scenic views, and a colourful football pitch surrounded by an amphitheatre of painted concrete houses rising up around it, from which people cheer on the match making the whole thing feel slightly gladiatorial in nature. My Dad kindly sends me a web link to a BBC news article detailing the gang violence and subsequent "pacification" of the favelas in the build up to Brazil's hosting of the world cup. The have cleared an impressive 3% so far, pacification seems to be an Orwellian euphemism for extermination. The people don't like the police, they grew up with gangs who are familiar to them. 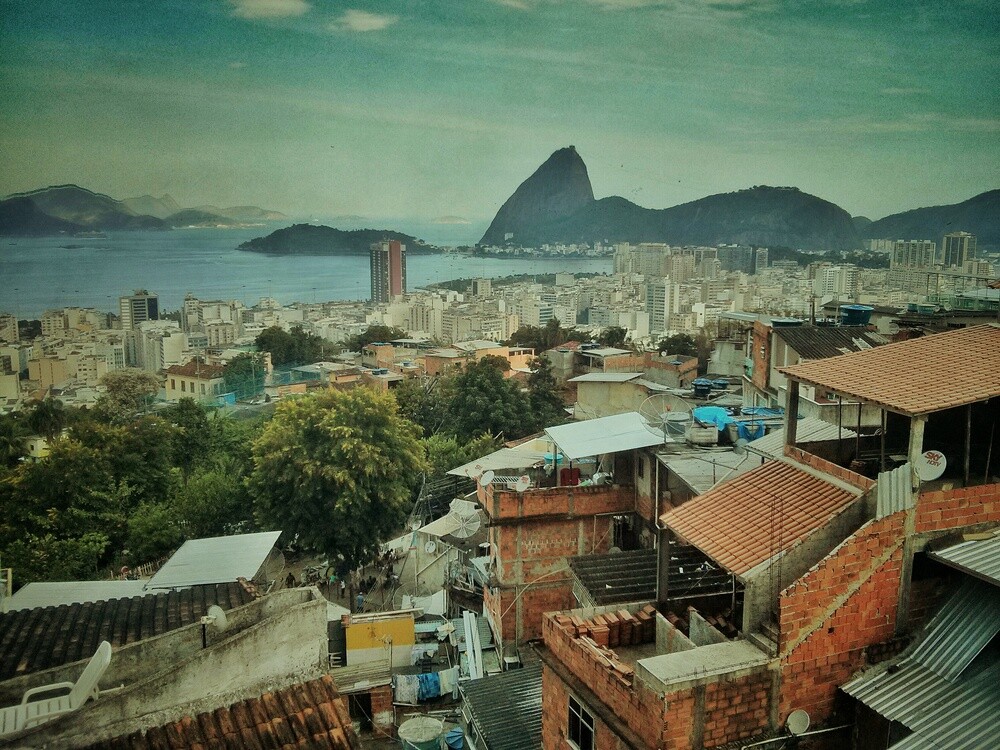 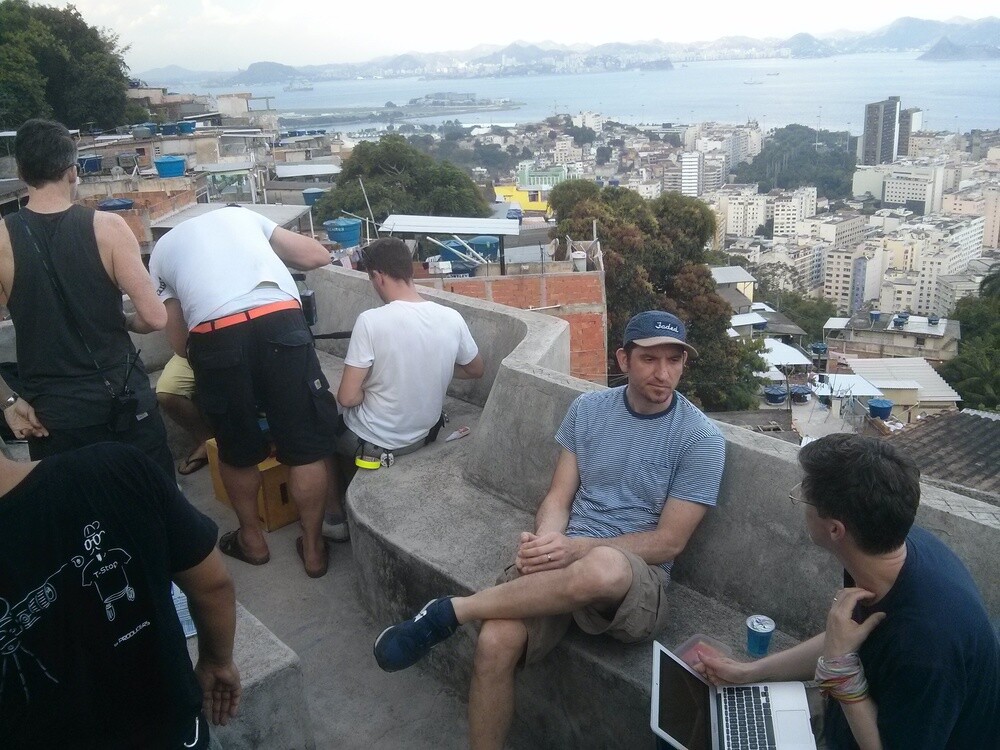 Our vans start to ascend, winding up into the heights of Rio, crawling up the sides of its vegetation and favela covered basin. The geography is such that driving can be slow and circuitous but never boring, tunnels cut through ridges of mountain that stretch toward the central lagoon, the gridded city centre gives way to meandering elevated roads and coiled cobbled streets. As our route gets even steeper the driver cuts the air conditioning in the van to give the engine the extra kick it needs to make it up. 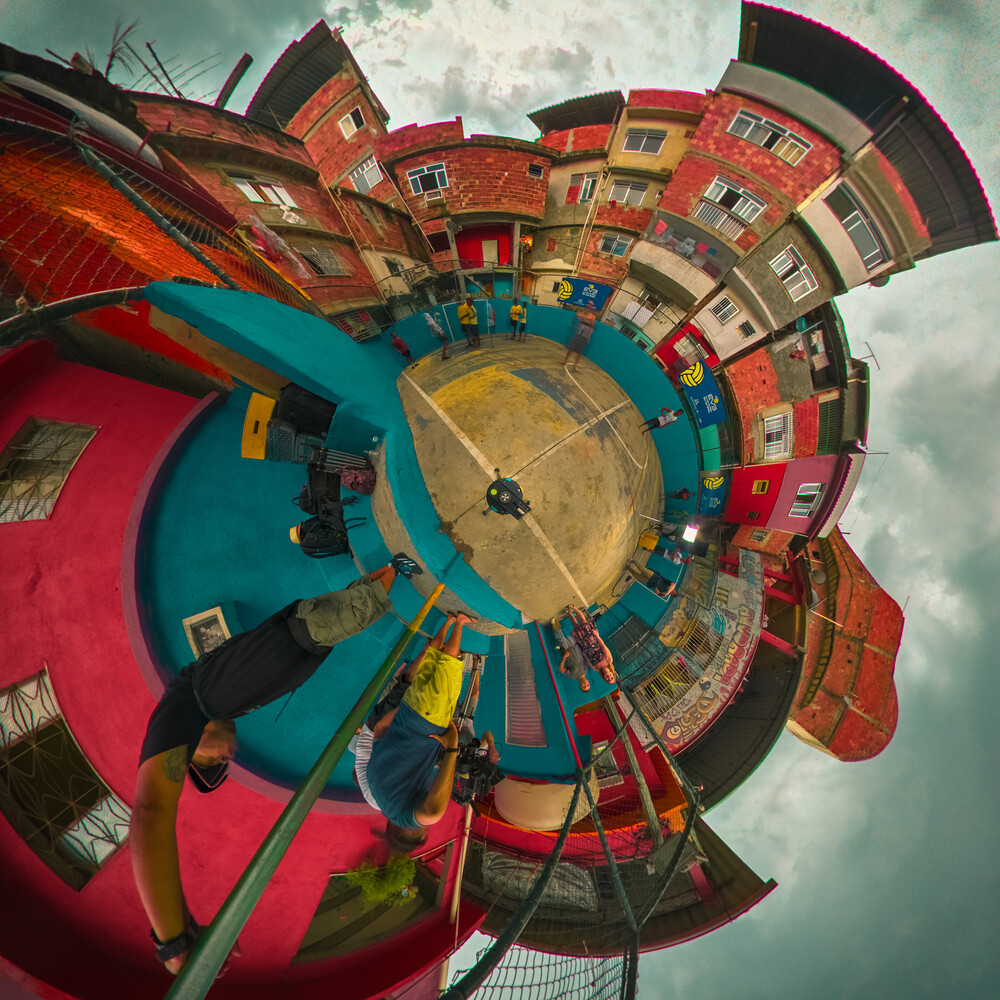 Little passageways connect open views and buildings stack up on top of each other at offset rotations. We're shooting in Bob's Bar, a sprawling concrete mosiac castle of a structure that appears just about ready to topple into the football pitch below (we're even warned not to touch specific walls on the perimeter for this very reason). From one of its various roof tops, accessed by windy wooden staircases, you can see what seems to be most of the city. Here I take my most precarious HDRs yet. 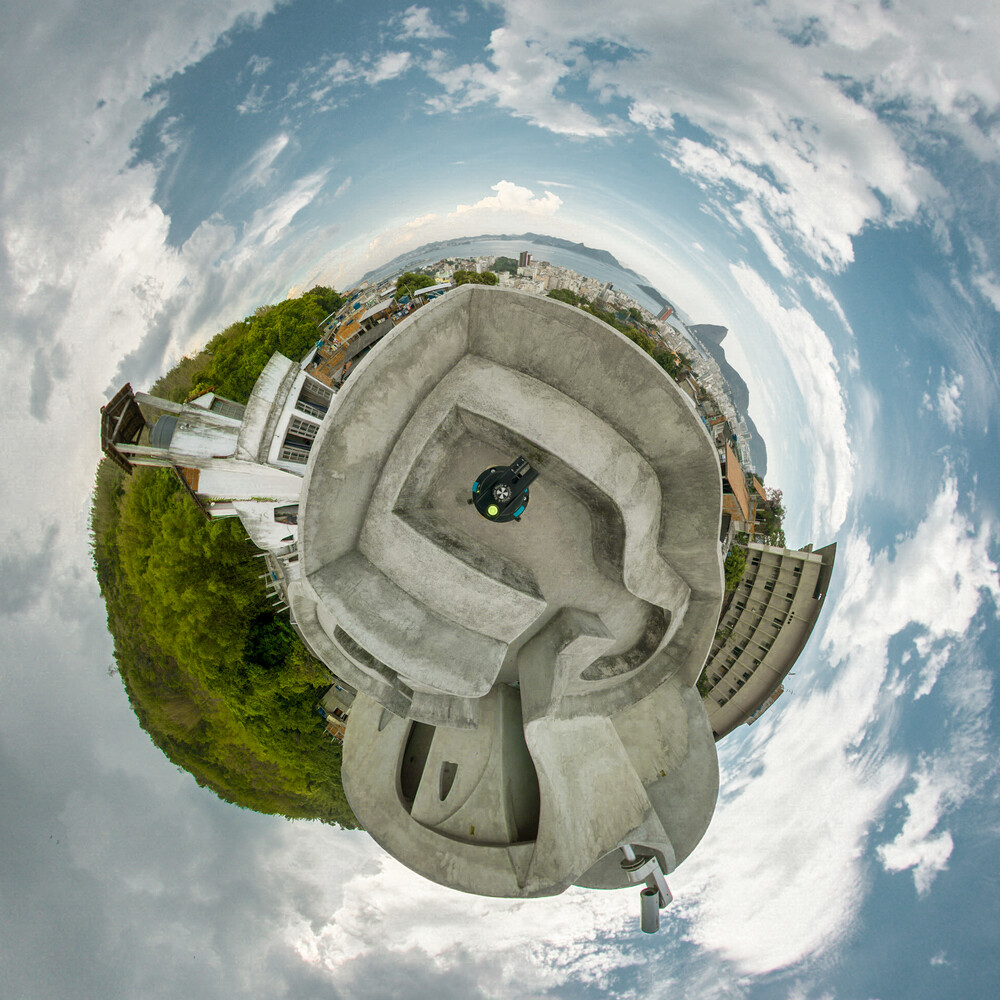 Sunlight comes and goes from behind cloud and we see a couple of torrential downpours before the end of the day, but we get everything we need shot somehow and feel pretty lucky. 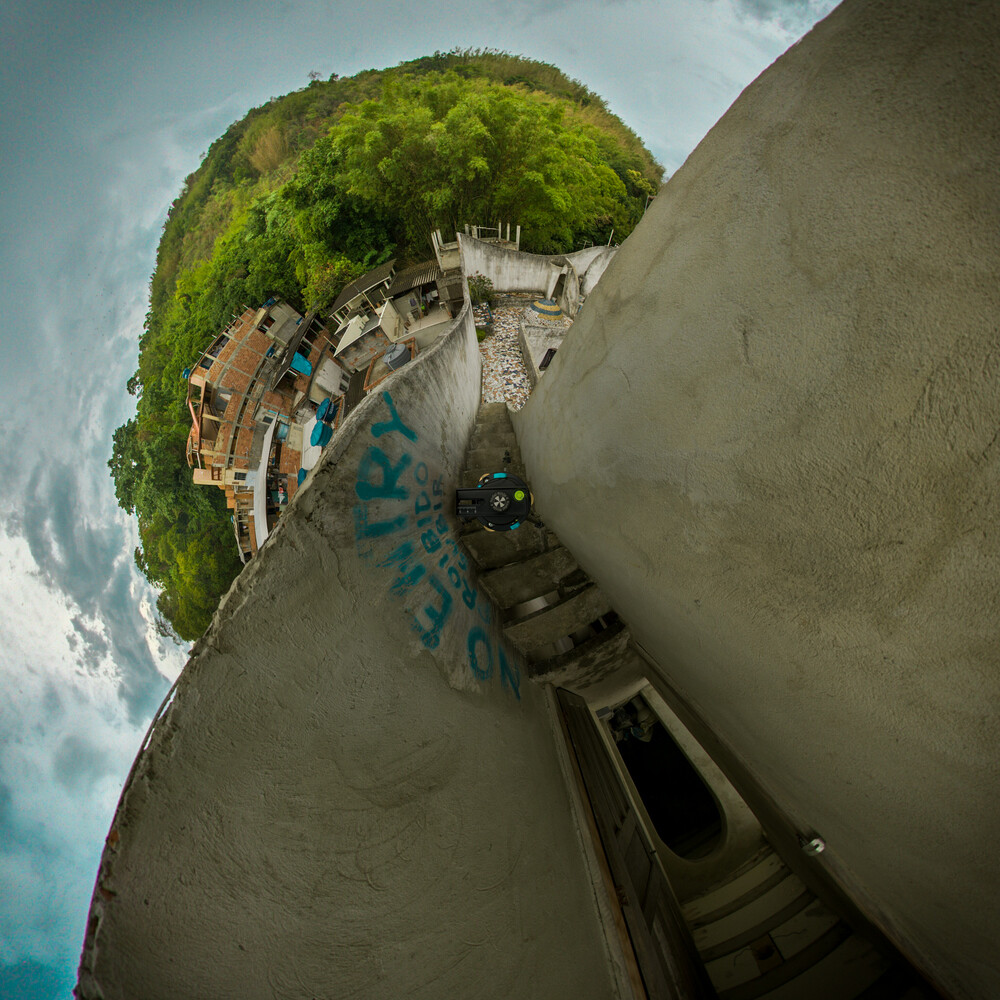 wedged in a staircase

We go out for Mexican food in the evening which is delicious though the combined food and room temperature are hard to bear, shouldn't have worn a shirt with sleeves. I am wary of the cocktails this time.