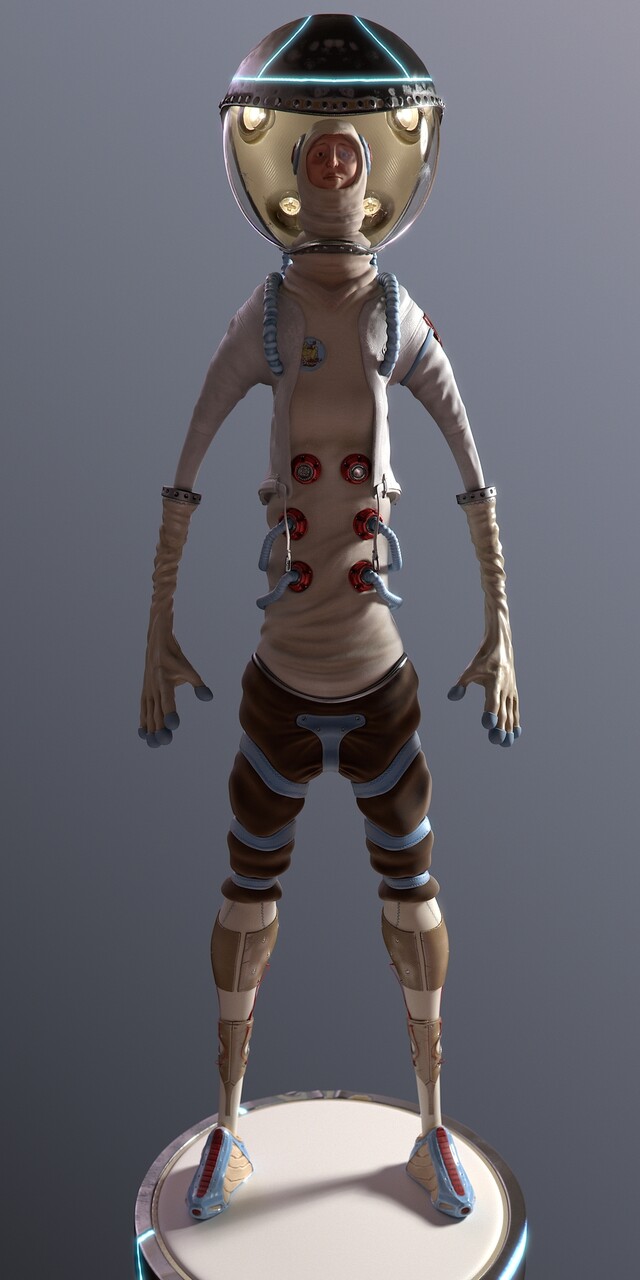 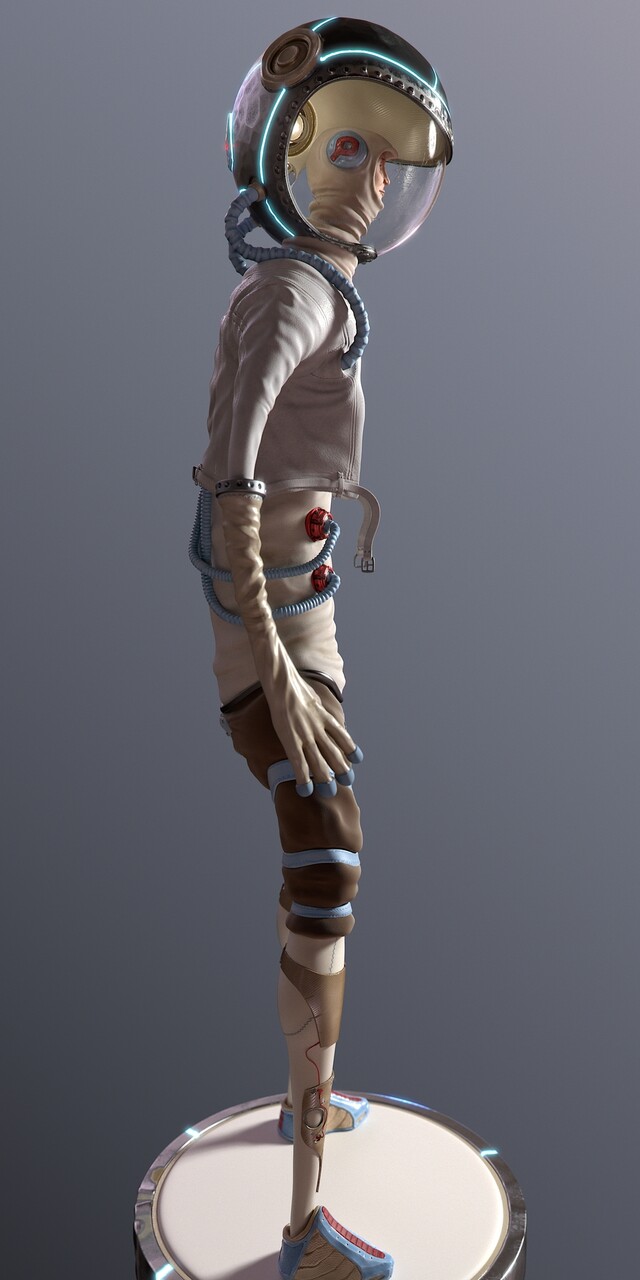 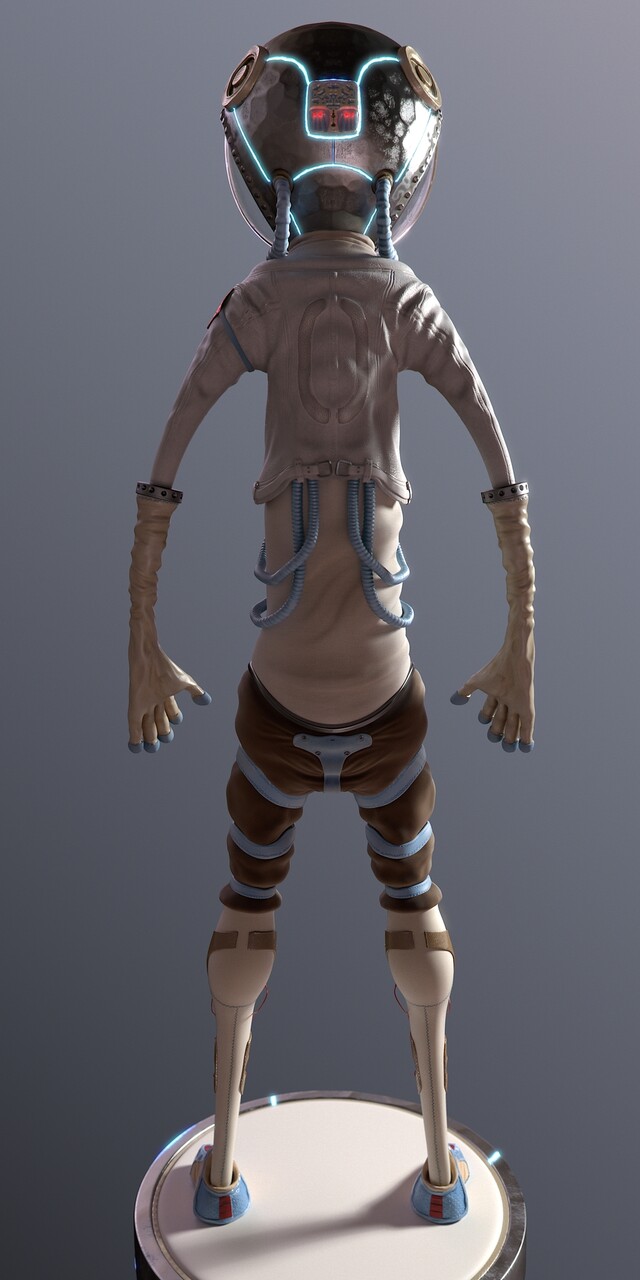 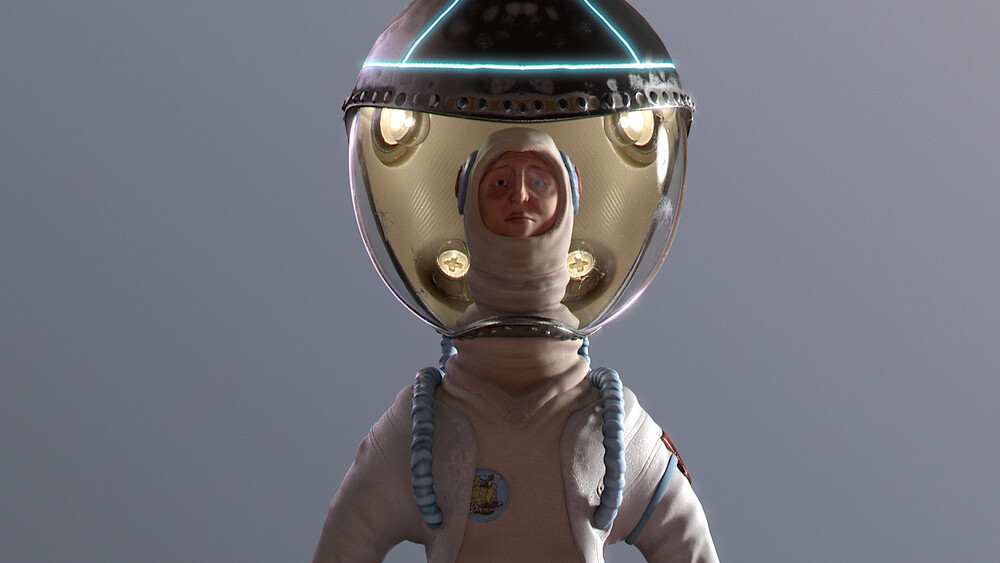 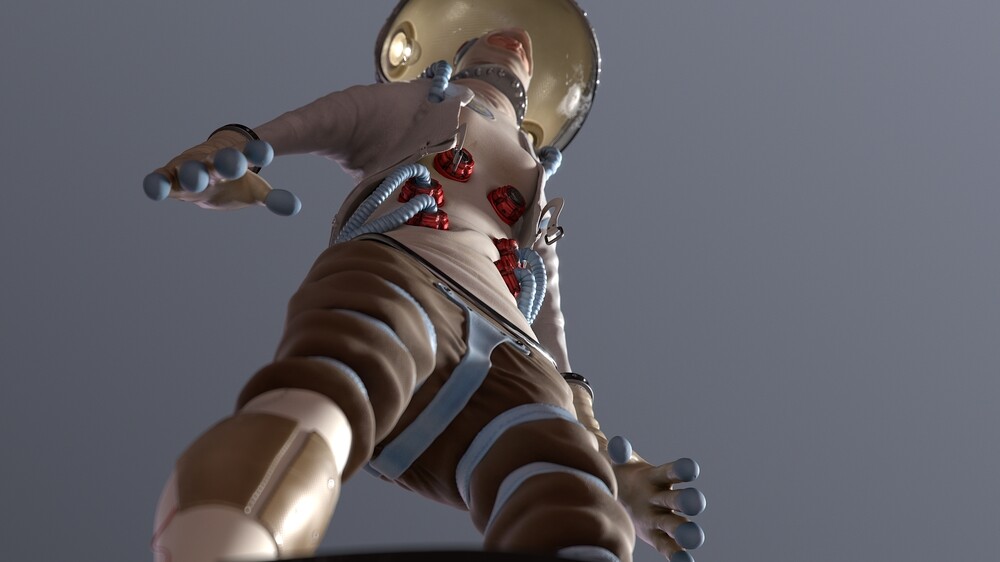 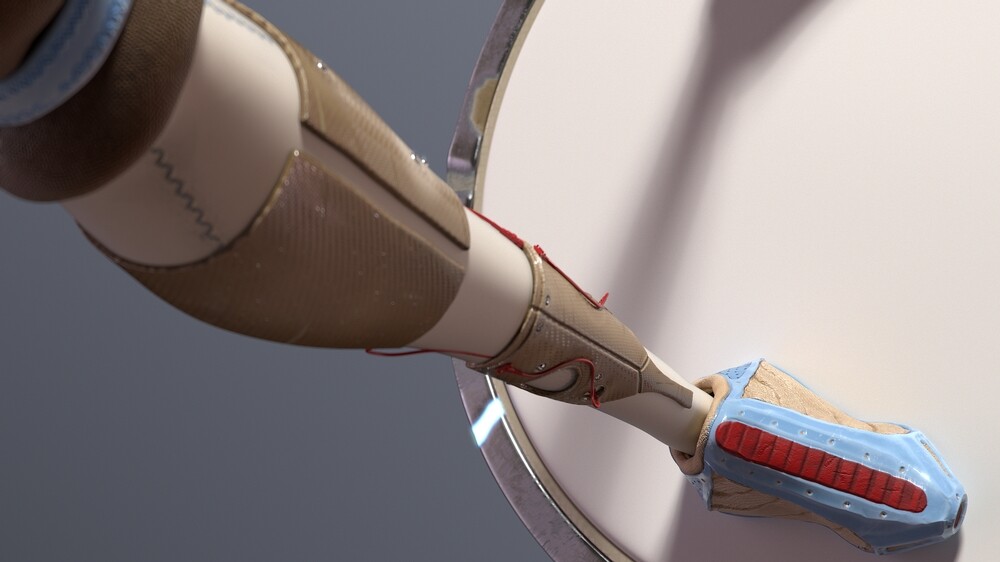 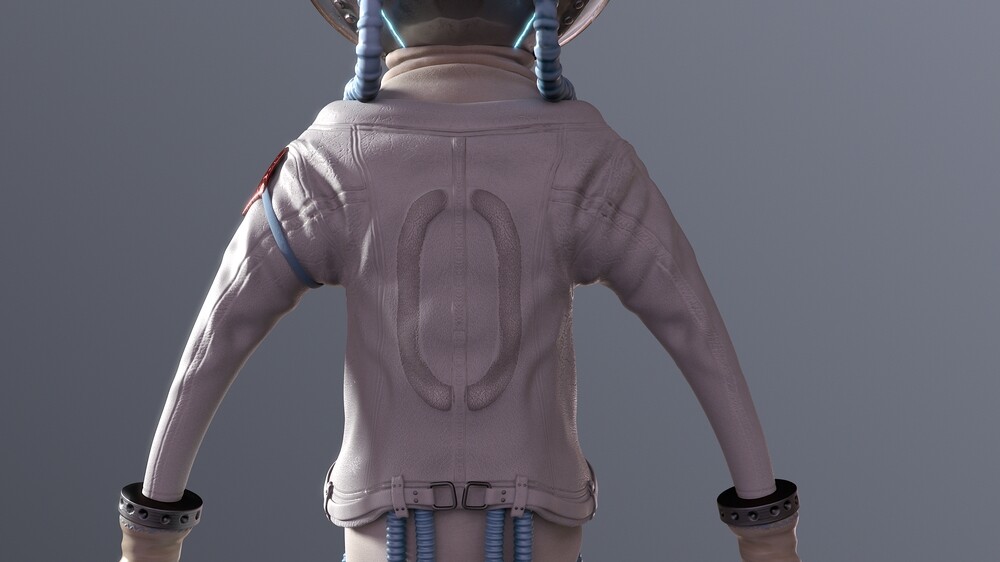 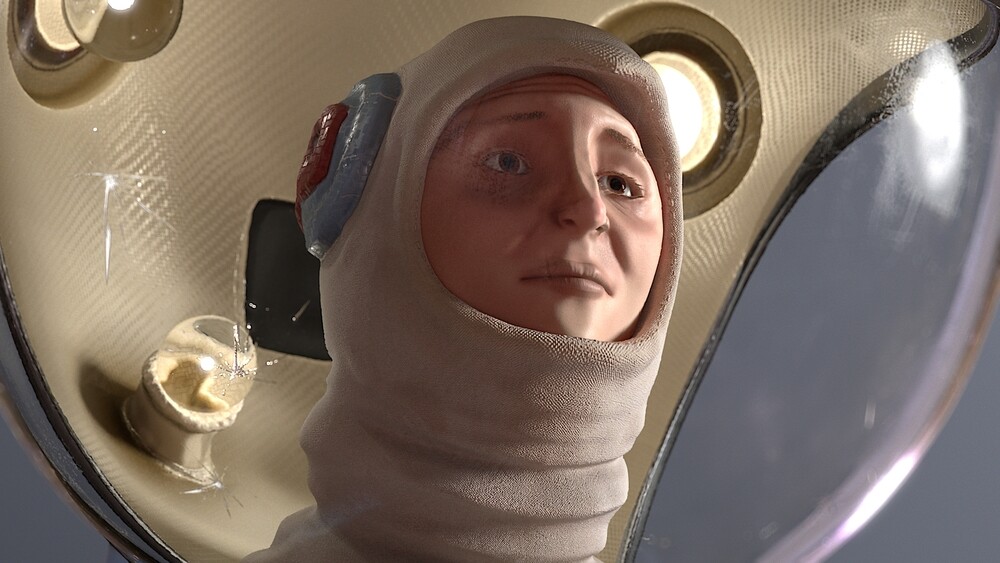 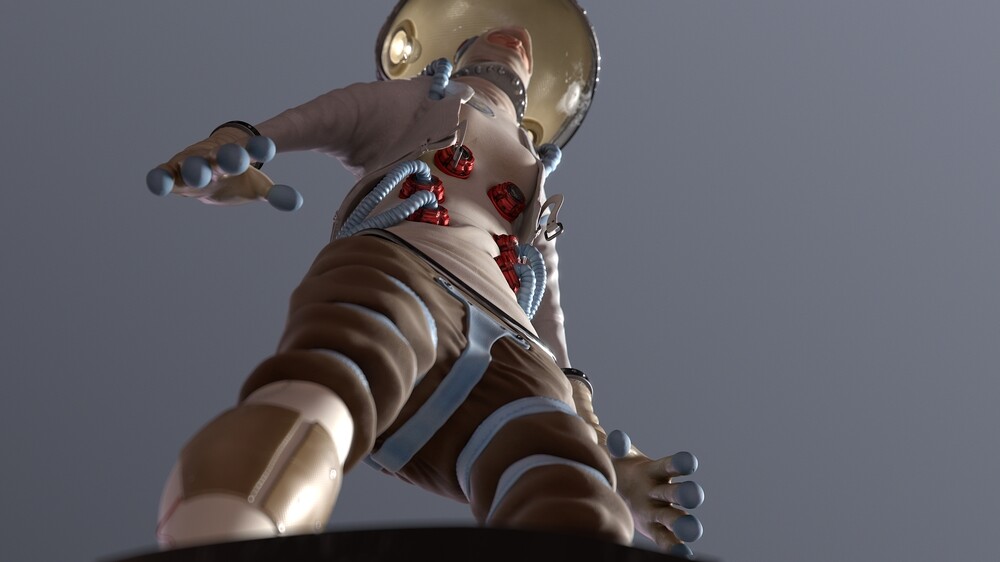 No intro text, no pre-amble, nothing. But if you do want that pre-amble please see a post breaking down the sculpt process here:

The renders where about 6 hours a frame rendered at 4k, I ended having to compromise on the face close up though as vray was really struggling with subsurface skin behind refractive glass at 4k, render times exceeded 24 hours per frame at one point. I did a lot of the base colour texturing in zBrush using the masking tools to pick up creases and details to layer up colour variation and try and bring out the form of things. One of my biggest discoveries on this project was stumbling across a gem of a texture resource called subtlepatterns.com, absolutely tons of  tiling patterns that seem to be intended for web and graphic design, but I found perfect for some of the more synthetic materials I was texturing. I even found great patterns for the leather, mesh, and cloth materials, just enough to layer over a base colour and have a really nice effect. 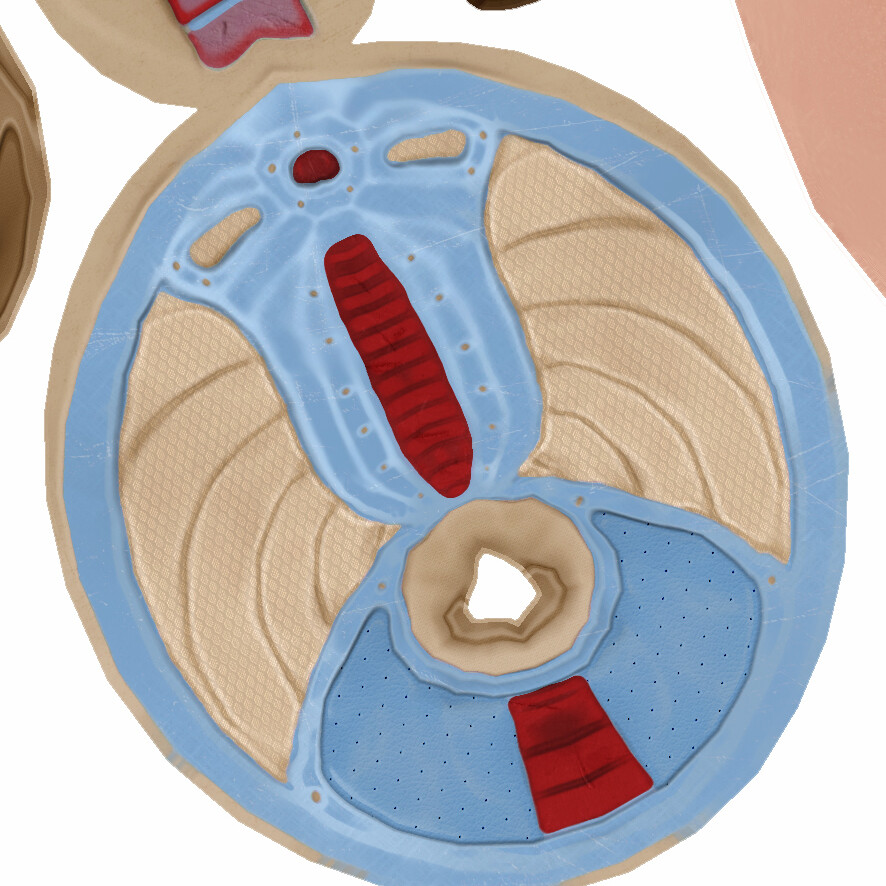 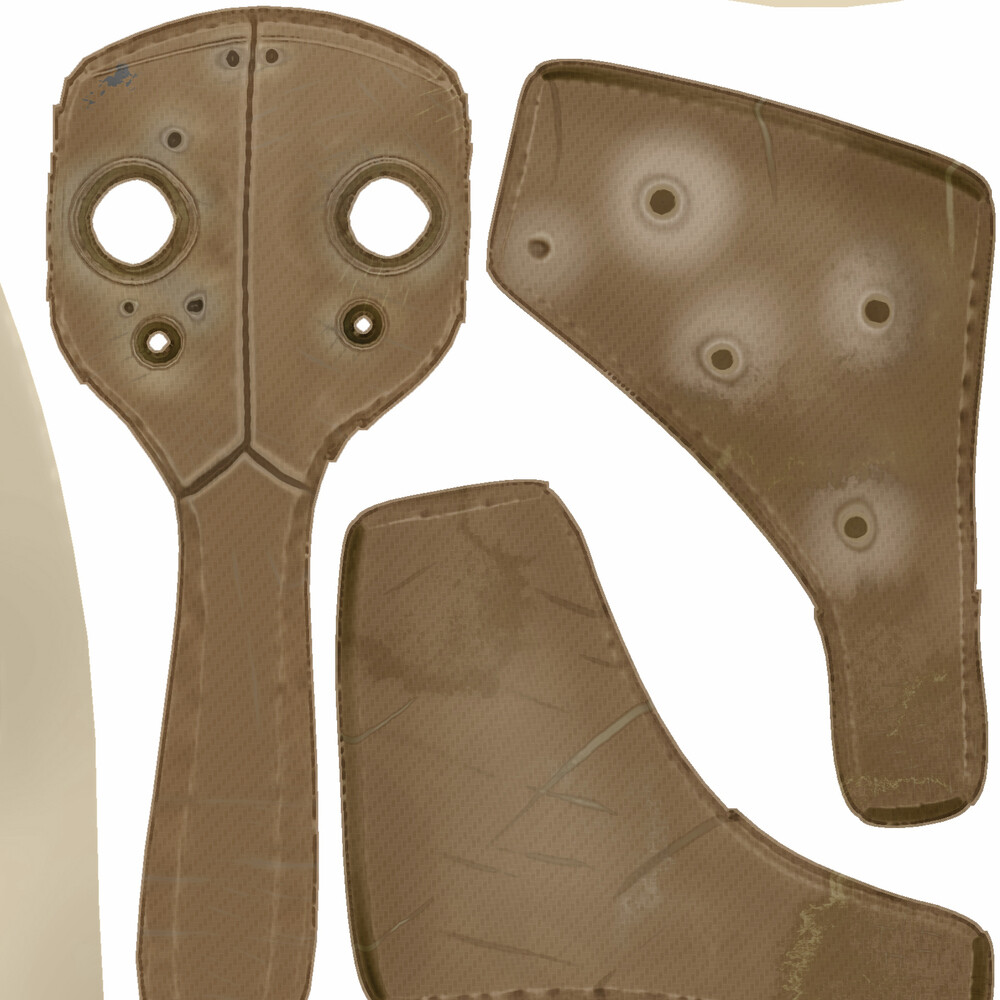 I call the colour scheme I settled on 'Space Baboon', you only have to look at the show texture above to see why. I also played around with the level of bounce light on the skin, toning it down in order to let more of the scattering to show through. Lots of the hottest highlights were graded, as was the fresnel falloff of the visor to prevent too much reflection from obscuring the face. I made more changes than I expected to in comp, in the end I couldn't get the leather jacket looking how I wanted and changed its colour completely, you can see a work in progress un-composited image below. Finally a healthy dose of depth of field, glint, glow, grain, a subtle sharpen, and chromatic aberration were layered on top. 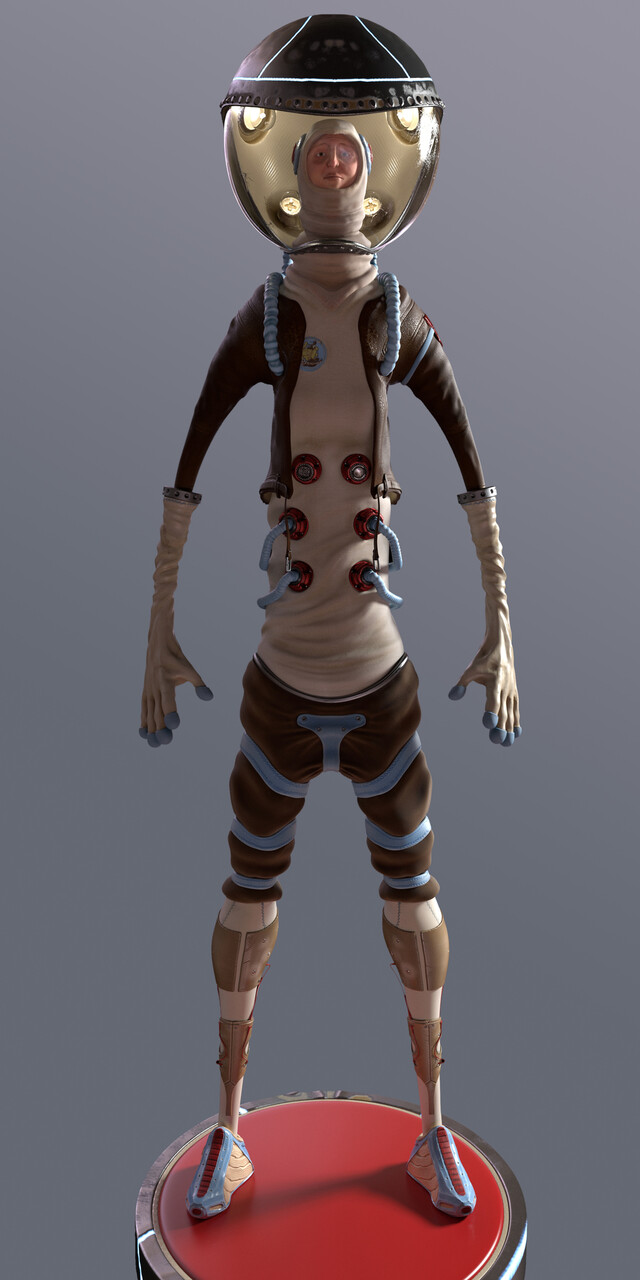