Having collected a decent amount of footage from the things I've worked on over the last two years it was high time I put together a new showreel. What's nice about this one is there are a couple of personal projects in there that made the cut along with some of the commercial stuff, also some old favourites return. Who doesn't want to see Leonard's wrinkly face one more time, after all?

I was just going to use the song uncut, but as someone who often doesn't focus on lyrics I had to have it pointed out to me during an invaluable feedback session that the words were probably a tad too dark/ponderous for what is ultimately a piece of promotional material for my work. Though I had forgotten how much I love editing video cuts to the beat of a song, there's something satisfying about the rhythmic union of image and sound. It works better with some pieces of music more than others, so that's a big factor when choosing the soundtrack. 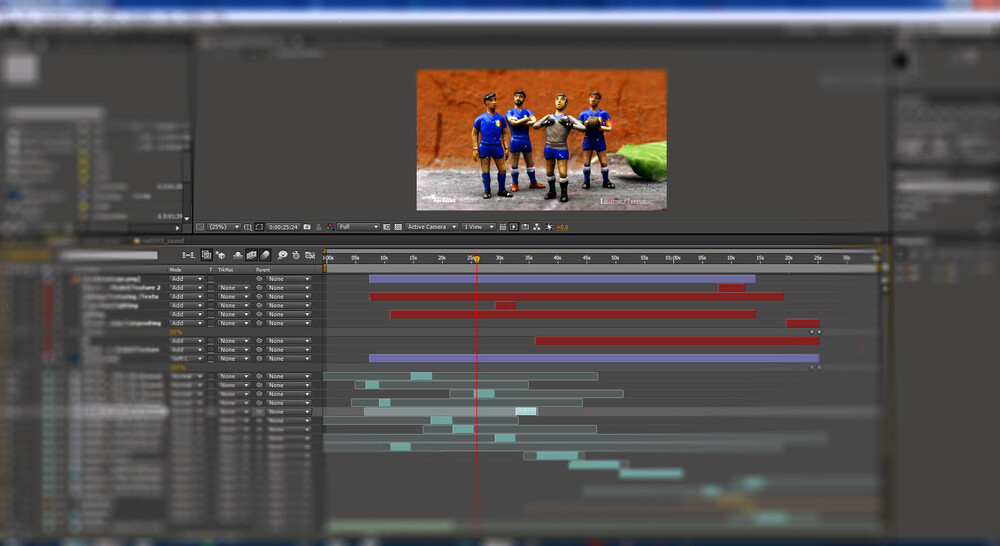 I also simplified some of the text overlays to try and make things a bit cleaner, there's a lot going on with shots mixed up and chopped about so the easier it is to see what I'm responsible for in each shot the better.

Unfortunately, there's no game stuff in there really. I need to correct that for the site in general. I do have some HeroSquad and Championsheeps material stashed away but not of it is particularly presentable. Mostly lots of sprite renders and work in progress stuff, nothing that's easy to showcase in a nice way. There are some projects I don't even have that to show for it, which is a bit sad.

Anyway, hope you like it. I'm glad to finally have a more up to date thing to point at when I need to explain to people what I do or show someone how well I can do it.