A last minute location change lead to us heading out to an abandoned university campus, chosen as a stand in for Rio airport.

The drive there took us over some elevated main roads that ran right through a really dense part of the city, we passed a large tented market housed in a grand concrete structure.

This was followed by the Complexo do Alemão, an enormous favella comprised of 5 smaller favellas, hundreds more unfinished habitats stacked atop one another, lived in. We were advised to shut the open door of the van that the cameraman was using to film out of, lest he catch a stray bullet if violence erupted  in the streets below. I realised how much crossover there is between weapon and filming terminology, shooting film, reloading the camera etc.

While we never witnessed anything close to resembling the crime a person associates with Rio, we were constantly reminded by the local crew to keep an eye out, and be careful when walking around with equipment. 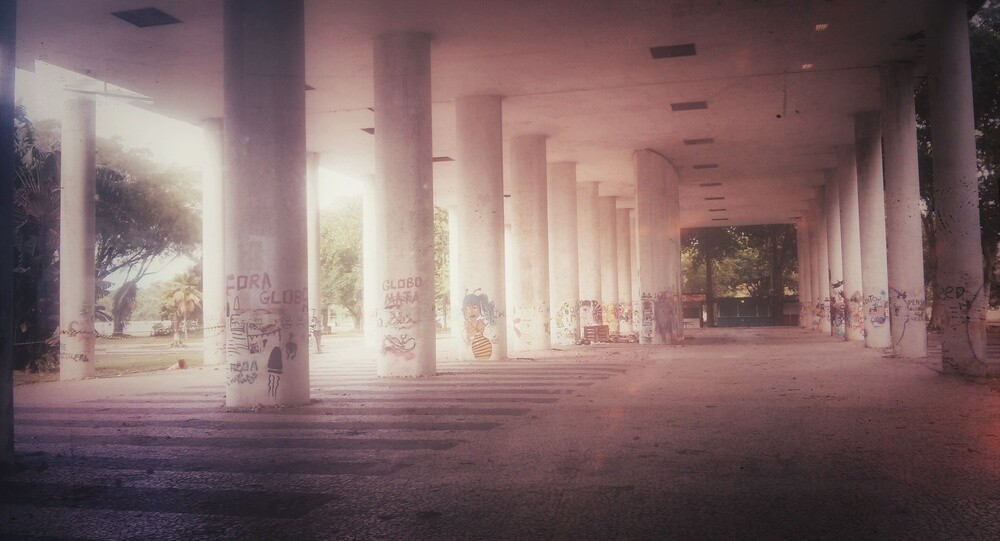 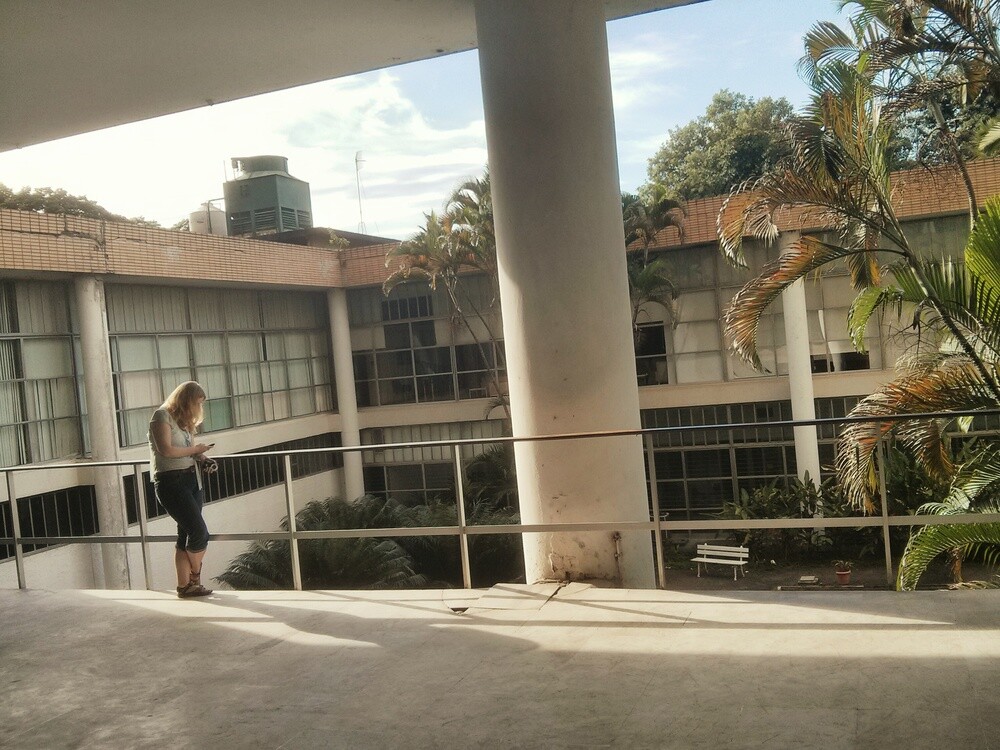 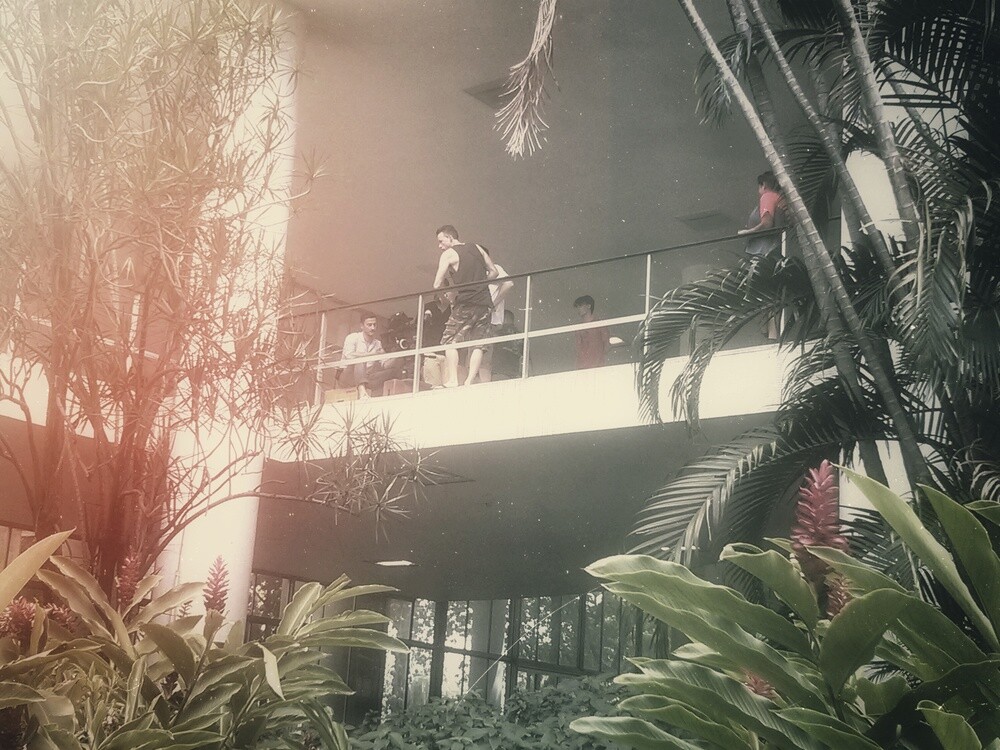 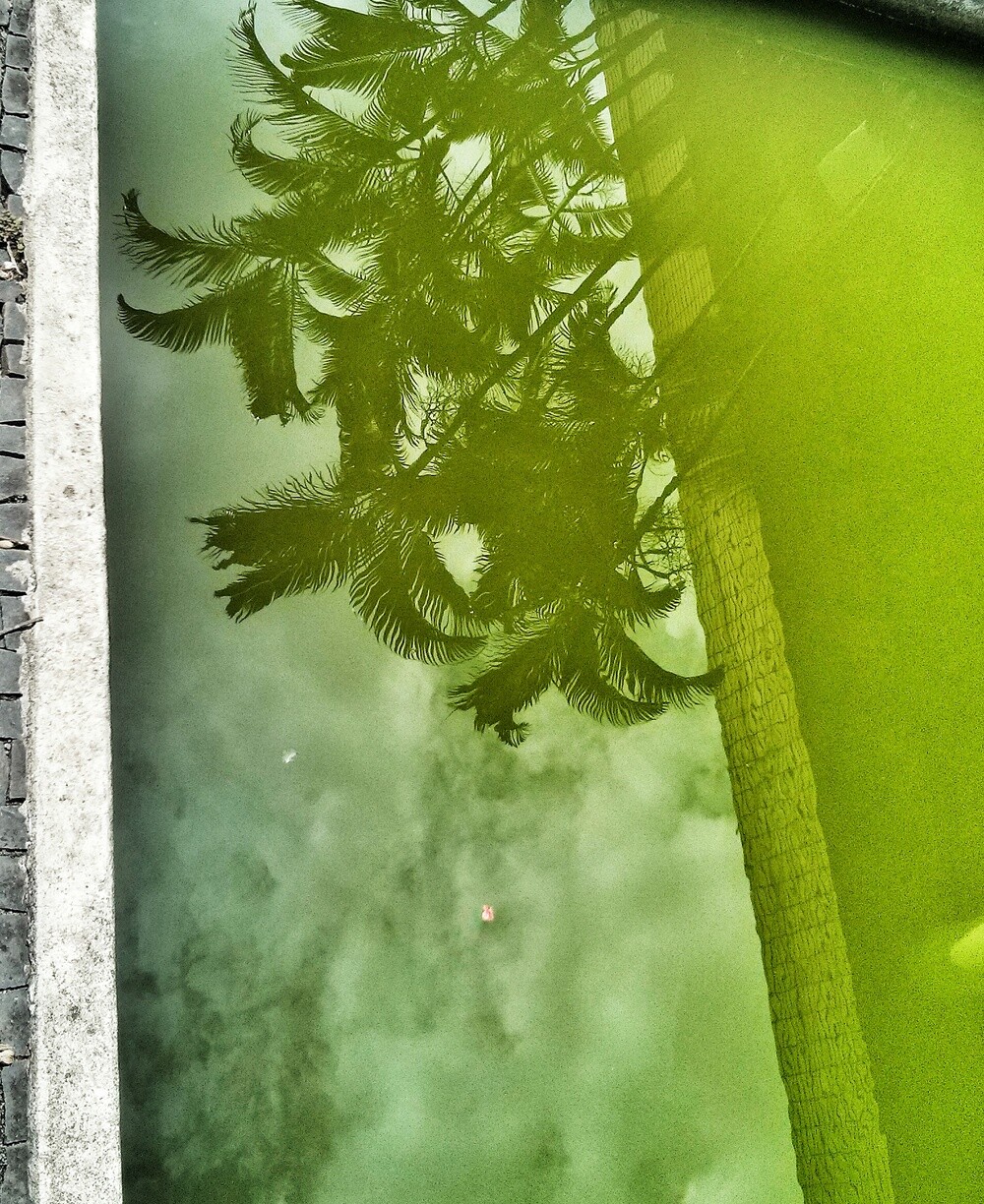 Arriving at the campus we approached the entrance under a pillar supported ceiling, dangling from which is a large black spider that looks remarkably black widow-esque. Furious googling followed. A crew of security guards and cleaners fill doorways and corners with a subdued activity, its an otherwise deserted but fully furnished campus. 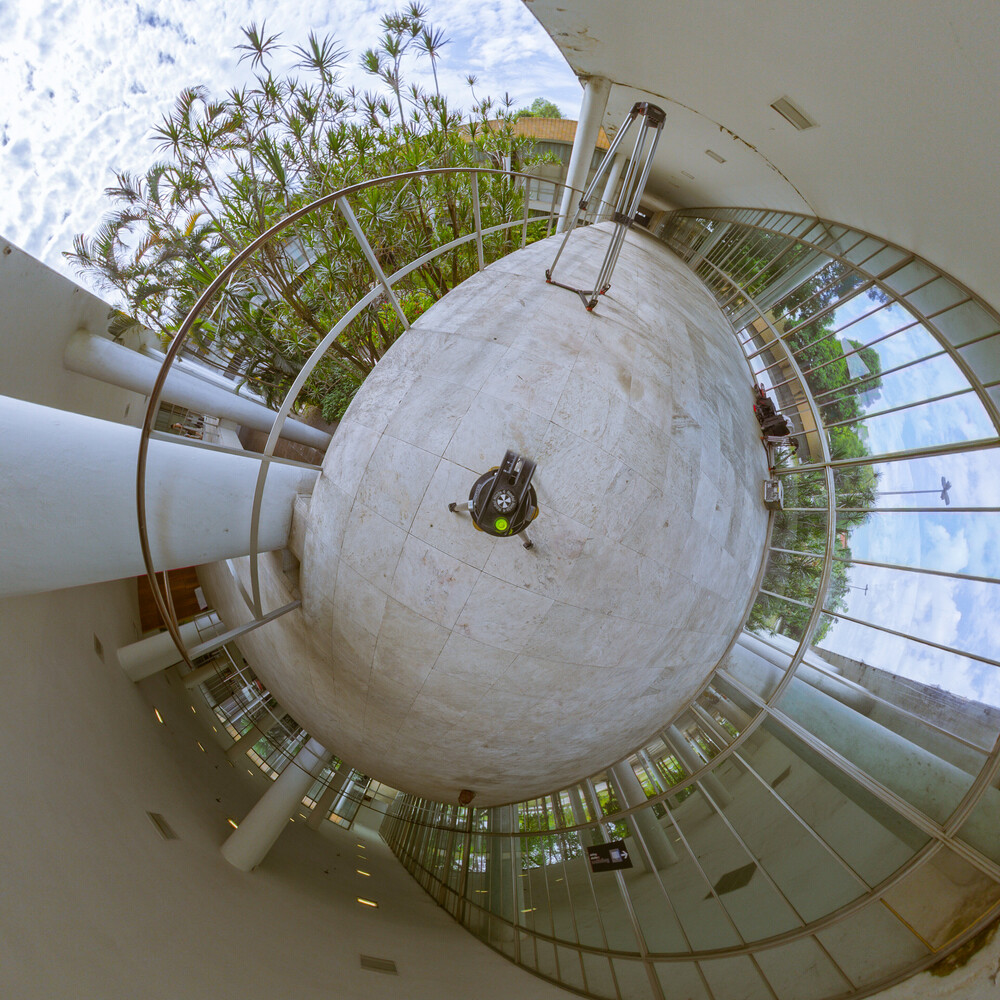 We shoot some quick stuff with a luggage trolley, I do my HDR thing, and that was kind of me done for the day apart from a few shots down on the beach later on. 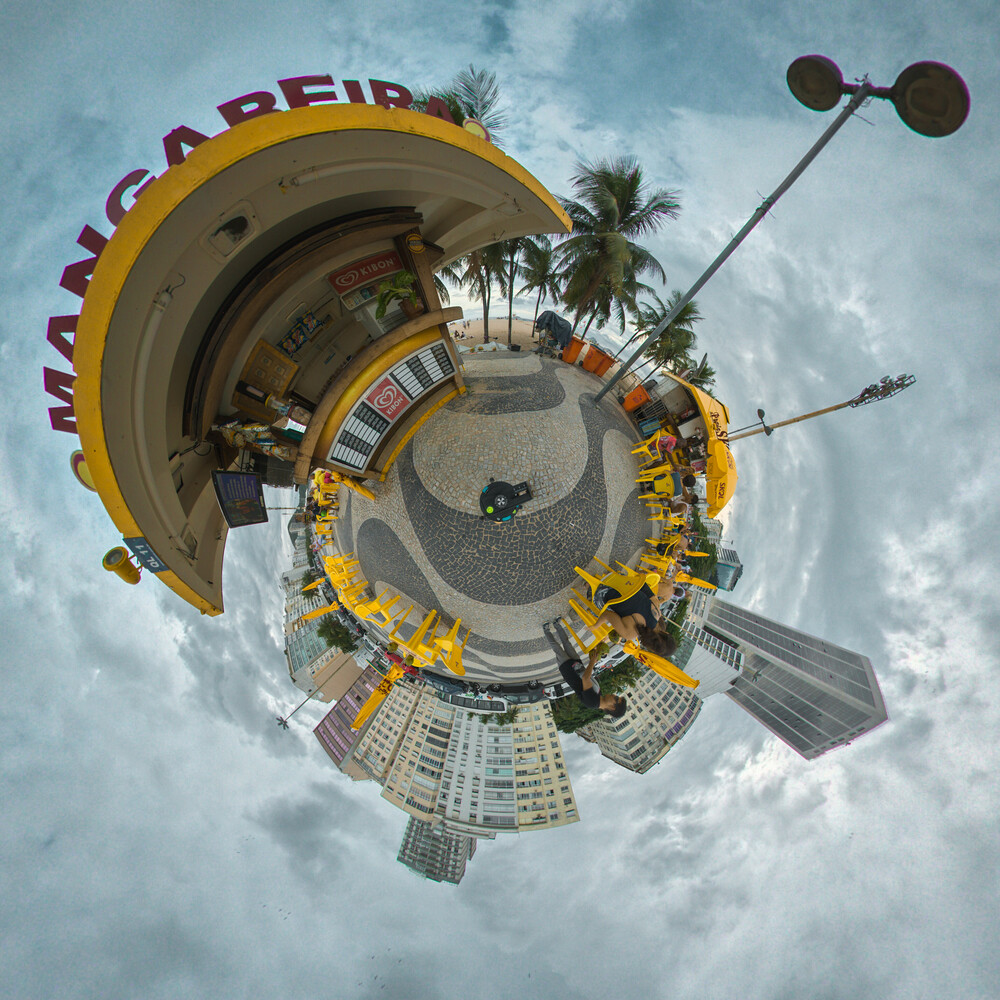 Our last night in Rio prompts a return to the amazing fish place followed by a short pub crawl through the torrential yet confusingly warm rain. Goodbyes are said to the local crew just as we're are given the chance to get to know them a bit, and I return to the hotel by 2:20am. My shorts are still drip drying on the shower rail from an afternoon swim in the equally warm sea. 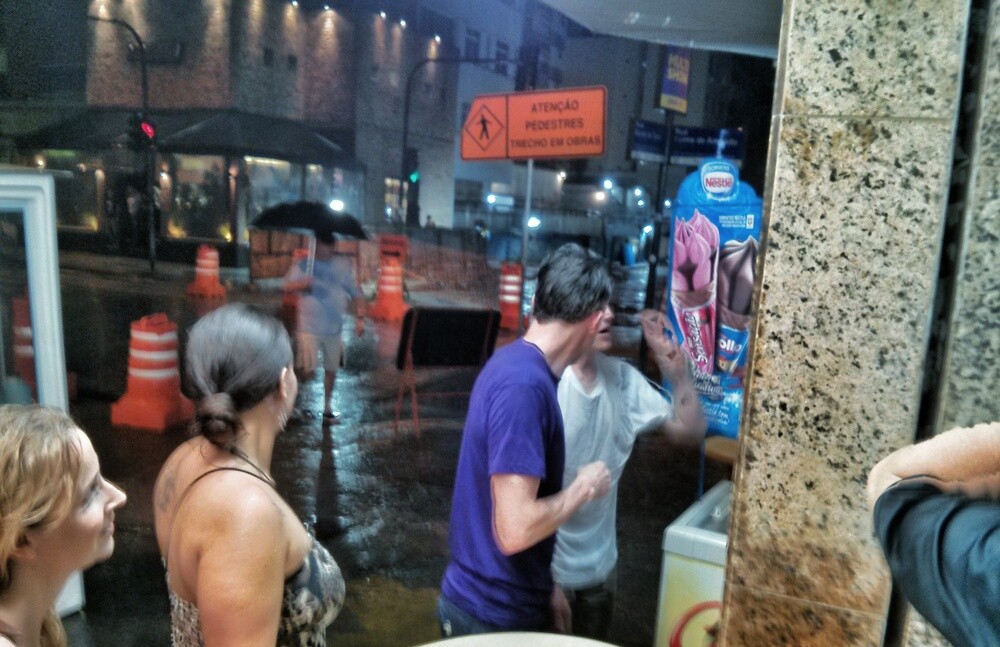 I tried to get more panorama stitching done on the flight home, having started earlier that afternoon, but kept nodding off in the dark of the plane between waiting for the stitching process to complete, dimming the screen to avoid disturbing John and Danny.

We land and say our sit-com style goodbyes, each person peels away one by one as their luggage arrived on the conveyor belt. England smelt cool and fresh.

As I finish writing up my journal entries we're well into production on the animation side of things, and its turning out pretty well. 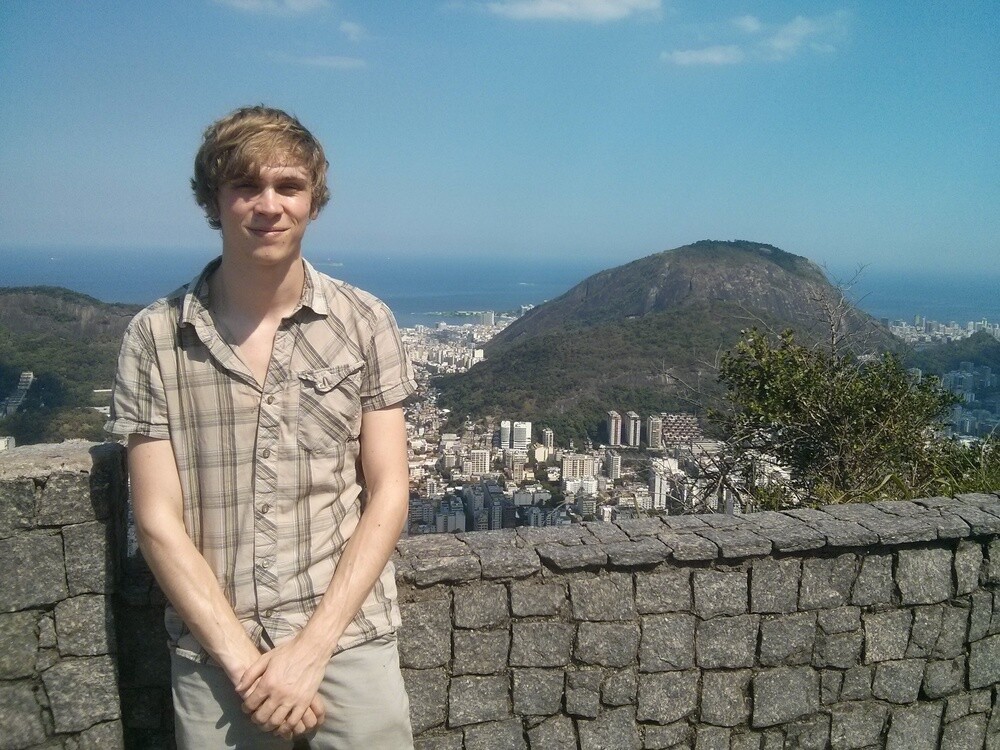